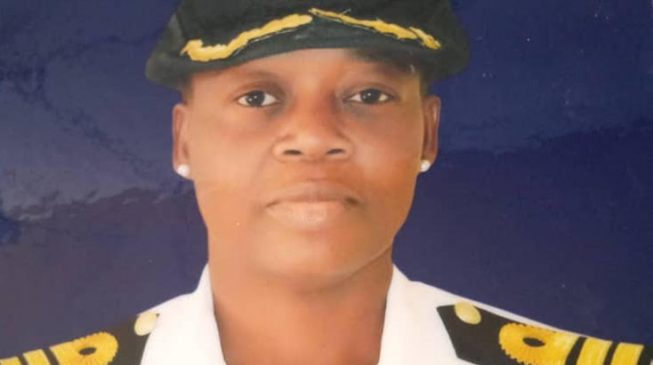 Bernard Simon, suspected killer of Oluyemisi Ogundana, commandant of Command Secondary School at the Armed Forces Command and Staff College (AFCSC), Jaji, Kaduna, has disclosed how he killed her.
Simon, who was among the 50 suspects paraded by Ali Janga Kaduna state police commissioner,  on Wednesday, said he alone killed Ogundana.
ADVERTISEMENT
While parading the suspect, the police commissioner said Simon raped the naval officer to death.
However, Simon denied raping the deceased before killing her. 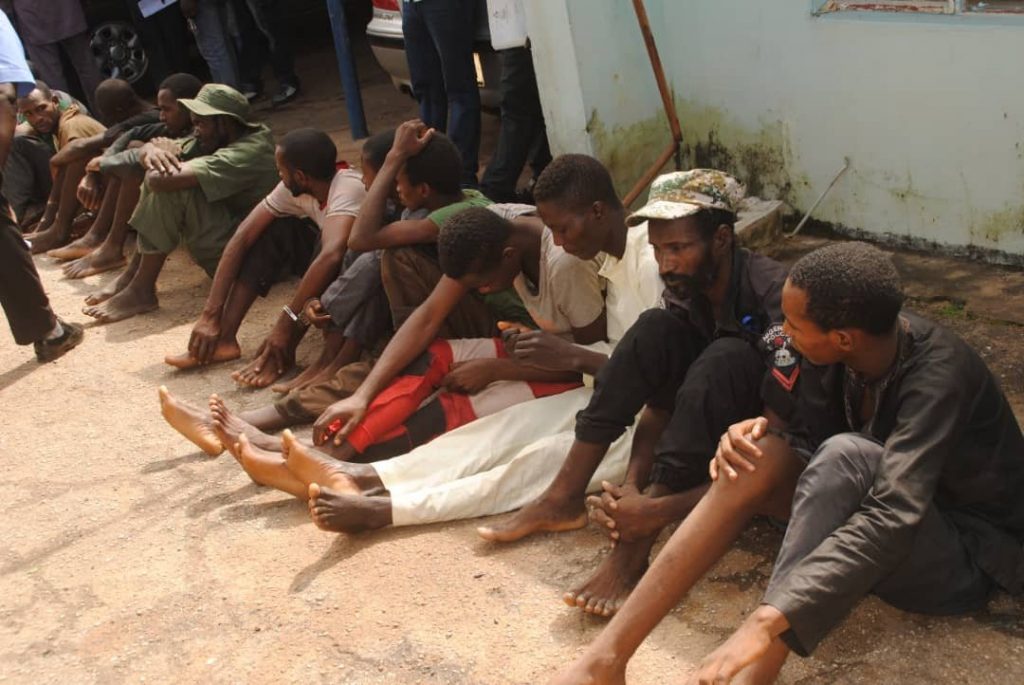 Some of the suspects paraded by the police
He said he sneaked into her house at the Jaji military cantonment and hit her on the head with an iron rod.
Asked why he killed her, Simon, 36, said: “I killed her because she was cheating us in the school. I am a teacher in the school and she was cheating us as staff under her. I killed her to set the whole staff of the school free from her cheats.
“There are some financial benefit she deprived us of. She denied me in particular of over N100,000. That is why I killed her to set myself and other staff free from her.”
Simon, who confessed to throwing the mutilated body of Ogundana into the a shallow well, said he regretted his action.
ADVERTISEMENT
Ogundana was killed about three weeks ago while her dismembered body was packed inside a sack and dumped in shallow well at a village close to the cantonment.