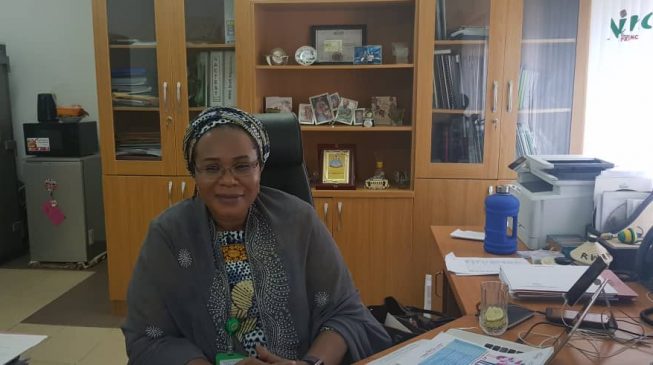 There have been wild reactions to the introduction of N5,000 fee for the renewal of the national identity card by the National Identity Management Commission (NIMC) but Hadiza Dagabana, the commission’s general manager legal & regulatory services, says there is no cause alarm. She tells TheCable in this interview that the card is optional, but getting a national identification number (NIN) is mandatory.
TheCable: Why do Nigerians have to pay N5,000 to renew their national identity cards?
Dagabana: Well, you have to differentiate the card from the identity. The card is just a piece of plastic with security features to make sure that the information in it is secure. It is not your identity. The Identity is that national identification number; that is issued on that slip; the 11 digits; the NIN, that is the identity of a person. A person that does not need the services on that card doesn’t even need to go for the card. So, once you have that piece of paper that people term temporary; it is not temporary. It is permanent. Your name is permanent, it does not expire. So, once you have your NIN, you are identified and you can assert your identity anywhere you go. That is it. 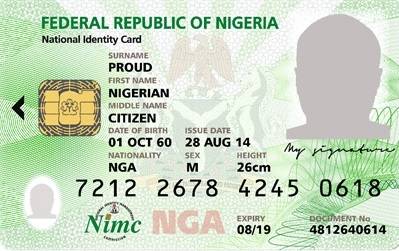 What the national identity card looks like
For the card, yes it is a card that is being issued. When you have your ATM card, you pay at the bank. So, this card too, somebody has to fund it. Yes, it is our mandate to issue card and we will issue card based on circumstances that we have on the ground. We are cash-strapped; we all know that we are just coming out of a recession in the country. Funding for the card is not a priority now. The priority is to ensure that everybody is registered and issued that NIN (national identification number). In the whole world, it is digital identity, digital commerce that is going on. You cannot have that card if you don’t have a NIN. So, why don’t you go and be identified and be issued with the card. Carry out your transaction with the card. You don’t even have to carry the NIN slip to be able to identify yourself. If you know your number, you just give it to your service provider. If you know don’t have the number, that service provider should have the ability to verify you through your name, or through your biometrics talk to our verification platform and identify you and go ahead and grant you service. That is what is done worldwide. So, why is it that Nigerians are fixated on card?
TheCable: The card is different from NIN? So, NIN is not renewed, just the card? 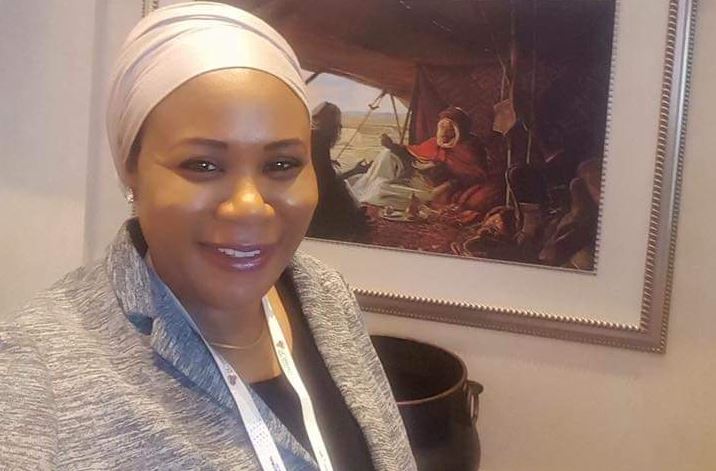 Hadiza Dagabana, the commission’s general manager legal & regulatory services
Dagabana: When the project started, the card, whether first issuance or renewal, is subject to a fee. In 2012, because our act allows us to charge for our services and to be able to procure the card, somebody has to bear the cost. In 2012, we went to council; when we went to the federal executive council, they said, ‘’no we will fund issuance of 50 million cards’’. That was what FEC told NIMC. ‘’Do not charge the first issuance. It is first issuance’’. In 2012, the then FEC approved to fund the issuance of 50 million cards free. Subsequent cards are to be paid for. That was 2012 and we are in 2019, we did not get that funding. We did not get 15% of that funding. And we are still managing to issue cards with the little resources that we have. Our facility here cannot accommodate to print that number of cards. We have to outsource it. So, who is going to pay a private sector person that establish his printing bureau for profit making? Who is going to pay for it?
ADVERTISEMENT
So, there is a charge, it’s N5,000 and that charge has been published since 2017. It is not something issued today. It has been there since 2017. When we were drafting our regulation, we printed them on the pages of the newspapers. They have been on our website since 2017. And we deliberately charge a lower cost. When you pay for driver’s license, you pay how much? More than N10,000.
TheCable: So, the renewal of the card does not entail a renewal of citizenship as some Nigerians say? 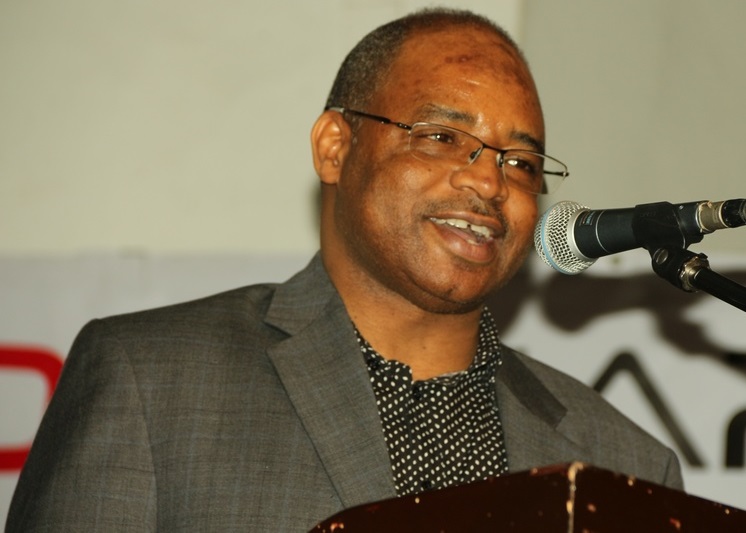 Aliyu Aziz, director-general of NIMC
Dagabana: We don’t confer citizenship. NIMC does not confer citizenship. Your NIN identifies you as a person. It is ministry of interior that confers citizenship not NIMC. So, your NIM is your identity. It’s like the US social security number. As a Nigerian, if I have a valid permit to go and work in the US, I will get a social security number to identify me in the system. And that is exactly what the NIN is doing. We are not only registering Nigerians, we are registering non-Nigerians. When we register you, we indicate your nationality on our system. So we do not confer citizenship. When you are talking about citizenship, you go to ministry of interior. They have the statutory mandate to do that. We don’t. We are statutorily mandated to provide identity tokens and the NIN is the identity token that we issue. The card is an added service. The policy decision for having what we call the general multi-purpose card, is to prepare the county for when we do the harmonisation of the different sectors. That is why our card is called the general multi-purpose card. We are still in the process of this harmonisation. We have not even gone 30% on harmonisation with other agencies. So it is when that harmonisation is concluded that there are outlets on that our general multipurpose card that an individual will have the ability to carry one card and have the information on travel, driving, on health insurance, on tax, all in that card. That is the issue with the card. So the card as it is now, the only thing you can do with the card is to show it as a document that has your picture. But even when you show it, the service provider is supposed to verify the card number. Your NIN is not even on the face of the card. It is inside the chip that whoever is providing service must have a device that can read that chip to even confirm your NIN
TheCable: Is the card mandatory?
Dagabana: There is no penalty for not having the card. The penalty is for not having the NIN. That is mandatory. And that is what is mandatory for all service. The announcement by JAMB is not for all candidates to have card because most of them are not even eligible for the card, they are not yet 16. The announcement is for them to have NIN. The announcement by immigration services is not for you to produce a card. The announcement is for you to produce your NIN number. For the banking sector, it is your NIN number. We have had issues with the banks before because they wanted card. We said no, card is not your identity; your identity is the number, so ask for the number. And if they bring to you, you are duty-bound as a service provider to request access to the NIN verification service with NIMC. So that when I come, even if I don’t remember my number, you can take my first name, second name or my date of birth or even use one of my fingers to check through that service and you will see that the person sitting before you is who he says he is.
That is why it is mandatory. Right now, you get your NIN within two hours when you go to any of our centers. you, your driver’s licence, the category of license and rest of it that they need to give you. That is how the eco system is going to work
TheCable: Can the card really be used for bank transactions as claimed? 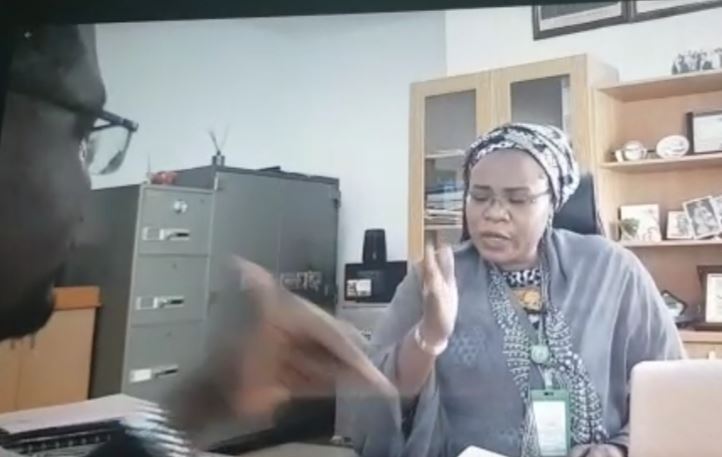 Hadiza Dagabana, the commission’s general manager legal & regulatory services,
Dagabana: The card works like what exactly the ATM card does. I have used mine. I use mine in Thailand just about four weeks ago to withdraw cash from my account. It is like anything you do with your ATM is what you do with the card. But please, the discussion I want is on the NIN. That is the priority now. You know they say cut your coat according to your size. We know we have to deliver cards. And we know how we are going to deliver that card. But before you deliver the card, you have to register people in the database. So we are cutting our coat according to our size. According to our cloth because even the cloth is not enough for us to register 200 million people into the database. That is why the funding is coming from the development partners to support us. At NIMC, we are not even doing that capture by ourselves. What we did was to get the standards in place, the rules and regulations, developed our software, encrypt our solutions to make sure that the data at the point of collection, transmission and storage is protected. That is what we are doing. Then we will license people. When we license people, they invest in equipment.
Again, card renewal is different from NIN. If you like you do it, if you don’t like, you don’t. Once you have a NIN, you have your identity. And the NIN does not expire. It expires with your life. When a person is dead, there are reporting channels when you are going for death certificate, you have to provide the NIN of the deceased if he has, and we are informed. We have a process of getting that information. We erase it in the sub database of the dead people.
ADVERTISEMENT
TheCable: Why is there delay in getting the card after registration?
Dagabana: You are still going back to that card. And I have told you that we are cutting our dress according to our cloth. That is what we are doing. There has to be funding for the card. Even the eco system, the development partners that are coming on to support us, they don’t want to go into the card. Nobody wants to go into the card because it is costly. Once you get that NIN, you are identified. So if it is value added, let projects or people that are interested obtain it. If you want it, you get it. It is because it is there in our act that we should issue card that we are having this discussion. But worldwide, nobody is talking about card. Look at India, they enrolled over 1.2 billion people. They didn’t even issue them their ID on a piece of paper. They send it via a link. So if you want to print card, you go and do it yourselves. We know what we are paying to even get that security paper from the minting and printing. We know how much it is costing us. It is not free for us let alone of a card. The card body would cost us more than $3 just to get the card body and chip. We are not talking of shipping it or logistics of getting an infrastructure that is internationally certified. And the certification is rigorous. That is why we have only 10 of them in the country that are doing that. Because of the security of it.