Nigeria’s politics is an old men’s club, says US diplomat 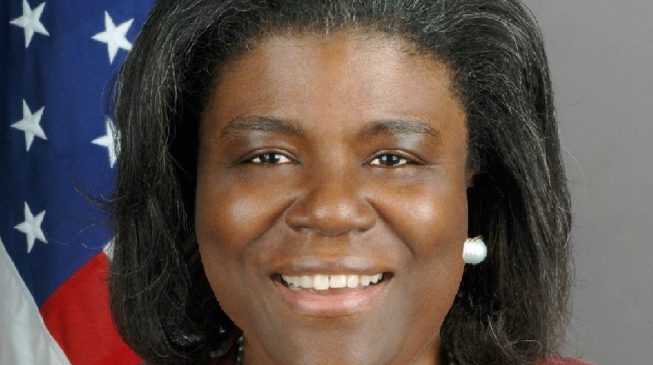 Linda Thomas-Greenfield, a United States diplomat, has likened Nigeria’s political circle to an old men’s club.
Thomas-Greenfield, who was the assistant secretary of State for African Affairs between 2013 and 2017, made this known on Tuesday while speaking at ’20 Years of Democracy: a Retrospect’, a programme organised by National Endowment for Democracy (NED) in partnership with Ford Foundation and YIAGA Africa.
ADVERTISEMENT
The diplomat predicted that the 2023 election will be challenging because of a gentleman’s agreement that has to be honoured.
“Nigeria’s politics is an old men’s club. There is also a gentleman’s agreement to rotate power between the north and the south,” she said.
“The next election will be a challenging one because of a gentleman’s agreement to rotate power”.
Speaking on the challenges of Nigeria’s democracy in the past 20 years, the diplomat said Nigerian elections have a huge potential for violence.
“Nigeria made a huge step backwards to violence in 2019,” she said.
“I read that 30 people lost their lives to electoral violence but I think it would be higher than that.”
According to Thomas-Greenfield, elections are expensive in Nigeria because there is no framework for candidates to receive donations from electorates.
ADVERTISEMENT
Although Nigeria was given credit for having the financial ability and institutional infrastructure to hold elections, Thomas-Greenfield said the government occasionally “uses its ability to pay to influence how the Independent National Electoral Commission (INEC) performs”.