No provision for 820 buses in budget I managed, says ex-commissioner on Ambode probe 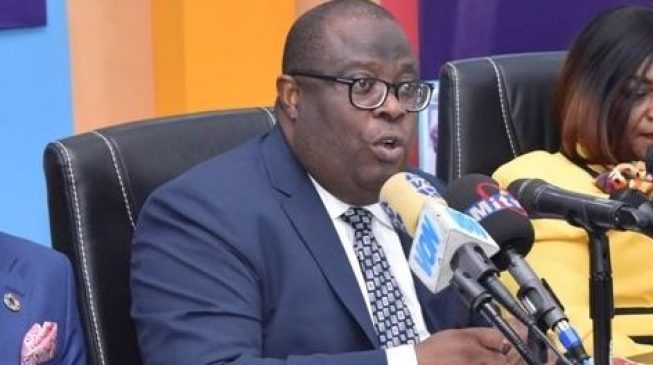 Olusegun Banjo, former commissioner for economic planning and budget, says he told the Lagos state house of assembly that there was no provision for the purchase of 820 buses in the budget managed by his ministry at the time he assumed office.
Banjo was reacting to reports that he made statements before the assembly indicting Akinwunmi Ambode, former governor of the state, under whom he served.
ADVERTISEMENT
In separate statements issued on Tuesday by Banjo and Olawale Oluwo, former commissioner for energy and mineral resources, both men said the reports that they testified against Ambode was not true.
Banjo said he told the assembly that he was not informed about what transpired regarding the 820 buses because the matter preceded him.
“I informed the committee that I was appointed in February 2018 when the issue of bus purchase had already been on the ground. I also explained that the bus issues were not contained in the budget I managed but could have been in earlier budgets,” he said.
“Regarding the operations of the Ministry, I brought it to the attention of the house that the operating system need to be reviewed and also mentioned other weaknesses in a professional manner.
“It is pertinent to note that these observations had earlier been included in my handing over note to the new administration and as it affects all arms of Government and not the executive alone.
“I wish to state that I am not in a position to know what exactly transpired on the issue of the buses as I was not in Government when the issue was tabled and approved by the State Executive Council and neither was I drafted into the bus Steering committee on assumption of duty in February 2018.
“My response to questions asked by the committee under oath was intended to explain technical issues pertaining to the operations of the Ministry and explain the anomalies they noted and seek explanations to, and nothing said by me there was intended to or said in any manner as to condemn or indict anyone.”
Also, Oluwo said he did not make any statement to indict his former principal.
“Suarau was asked questions on the Lagos State Rice Mill project in Imota while I was asked questions on the LED UK street lights installations (a UK Exim Bank funded project),” he said.
“I answered the committee’s questions to the best of the information available to me and at no time was anyone of us asked questions on Oshodi Interchange or any other projects outside the two mentioned above;
ADVERTISEMENT
“For the avoidance of doubt, I reiterate that I DID NOT AND COULD NEVER HAVE INDICTED FORMER GOVERNOR AKINWUNMI AMBODE!!! I am a committed democrat, a loyal team player and a strong believer in the principle of collective responsibility.”
The administration of Ambode is under probe by the assembly for alleged financial impropriety.