OBITUARY: Mobolaji Johnson, the governor who developed Lagos with £10,000 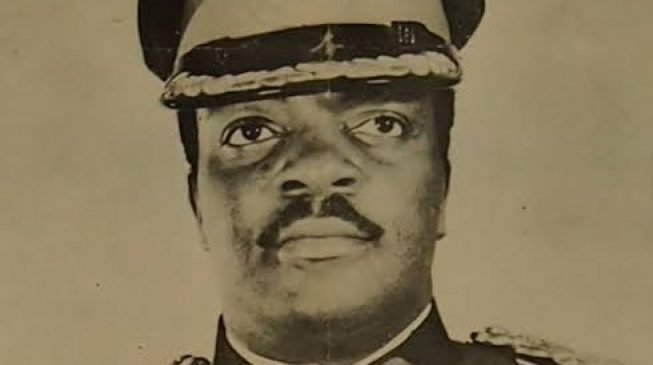 While children of his age were pacing up and down to school, Mobolaji Johnson could not walk — at the age of four — owing to a diarrhoea that nearly snuffed the life out of him.
By 31, he was appointed the military administrator of Lagos, and he subsequently became the first governor of the state.
ADVERTISEMENT
Johnson, at different points in his life, had close shaves with death in auto-accidents — including the coups and executions that characterised his era in the military.
On Wednesday, he succumbed to the will of his maker at the age of 83, three years after he lost his wife, Funmi, whom he married at 26.
Beyond the drama of the military era, the retired army brigadier-general recorded major feats in infrastructural development as Lagos helmsman, some of which are still visible today. 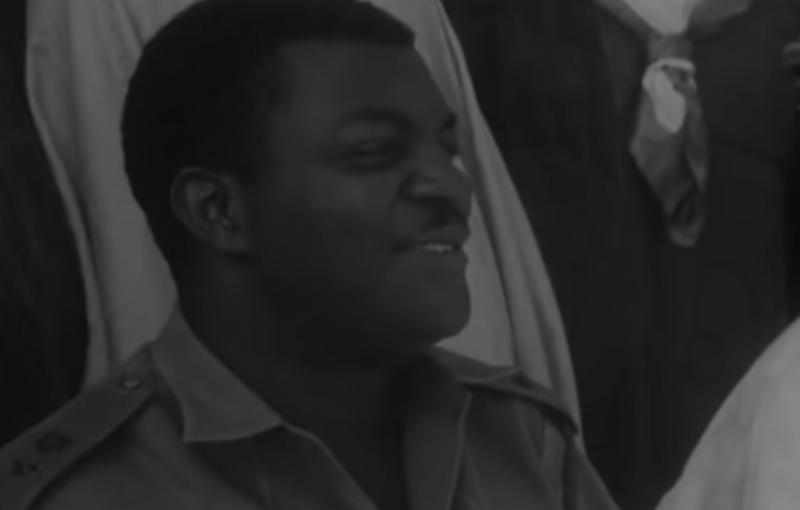 Born February 9, 1936, in Lagos, Johnson had a troubling childhood as he battled diarrhoea, which kept him aground for the first four years of his life, and which made his mother, Gbemisola, his around-the-clock caregiver.
“As a child, I had a delay in walking on my feet. I could not walk until four years old. In fact, that made me a bit backwards in school,” he told the Vanguard in an interview.
“She said I had bad diarrhoea at the stage when I was about clocking one year old, and it nearly took my life. They eventually ran into people who advised them to go herbal. But I didn’t take the herbal medicine. That was the reason why my mother could not leave to do some other things.
“I was about five years old. I went to Methodist Secondary School Yaba in 1946. Then I went to Warri to continue my education. I did only one year there and my mother said the distance was too much. Then, transportation was by sea.”
He left the Hussey College in Warri and returned to Methodist Boys High School Lagos where he was regarded as a well-rounded sportsman until he graduated in 1957.

HAWKED BREAD AND GROUNDNUTS IN YABA 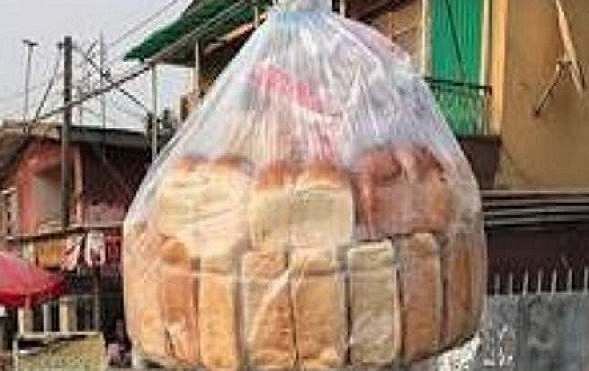 As a pupil, Johnson said he would hawk bread for his mother in the morning and groundnut in the afternoon. Yet, that did not stymie his passion for education.
“Even when I was attending school, I was still doing some household work. I wasn’t a spoilt child because I was hawking for her on the streets of Yaba. She was a baker,” he said.
“So, I was helping to sell bread in the morning and in the afternoon, because her sister who was in the North sent her groundnuts. I put them in my tray in the afternoon and helped her in selling them.”

A file photo of Royal West African Frontier Force
According to him, his father, Joshua Omotola, inspired him to join the army. His father hailed from Abeokuta in Ogun state and was a member of the Royal West African Frontier Force during World War II.
His grandfather’s last name is Osholero, but he changed it to Johnson in honour of the priest who converted him to Christianity.
At 21, Johnson joined the military and proceeded to the officer cadet training school in Ghana. He also attended the Mons Officer Cadet School in Aldershot and the Royal Military Academy, Sandhurst, the United Kingdom between 1960-1961.
“I opted for the military. I saw the photograph of my father who was in the Second World War and rose to the rank of sergeant major class with his belt,” he said.
“I saw his photograph where he was looking so handsome and I looked at that photograph and said, one day, I’m going to put on this uniform too. So, that was the influence I had before going into the military.”

LIFE IN THE MILITARY 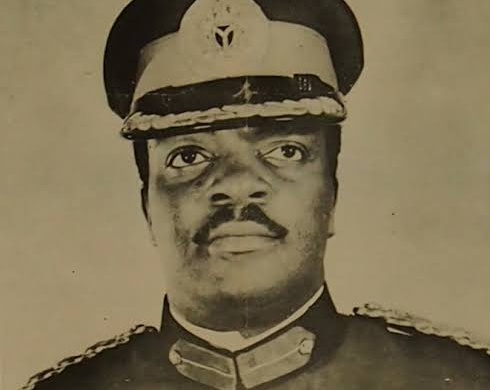 Johnson was, nevertheless, an influential figure in the military during his time. He was privy to the Aburi meeting in Ghana prior to the civil war and was one of the federal delegates at the ceremony to mark the end of that war.
Johnson was appointed as the military administrator of the federal capital territory, Lagos in 1966 by Aguiyi Ironsi, who was the head of state at that time. When it was made a state in 1967, he served as the first governor until July 1975.
Johnson said in an interview he heard about the first coup from Murtala Mohammed after it had happened.
“Well, if you go back to the first coup, which was on January 15, 1966, you find out that I was not part of the coup. But I was in a strategic position to know just a bit of what happened. I didn’t know the minds of the coup plotters, but I knew enough of what was going on,” he said. 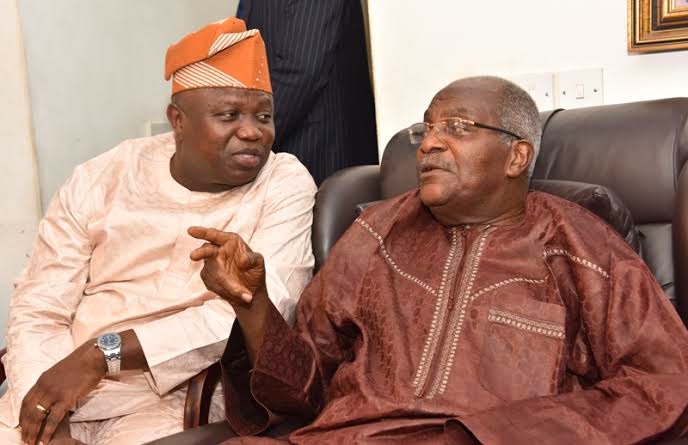 Johnson with Ambode, former governor of Lagos during his 80th birthday
“I went to the brigade headquarters, where I was the second in command to Ifeajuna at Apapa. The gate was opened for me and Murtala Muhammed told me what had happened. The minister of finance, Okoti Eboh and the brigade commander could not be seen. So that was how I got to know about it.
“I don’t think the civil war was avoidable.”
After years of working across different military formations in the country, he was compulsorily retired in 1975 by the late Murtala Mohammed during his tenure as head of state. He was said to be one of the two military officers exonerated of corruption charges by the Mohammed regime. 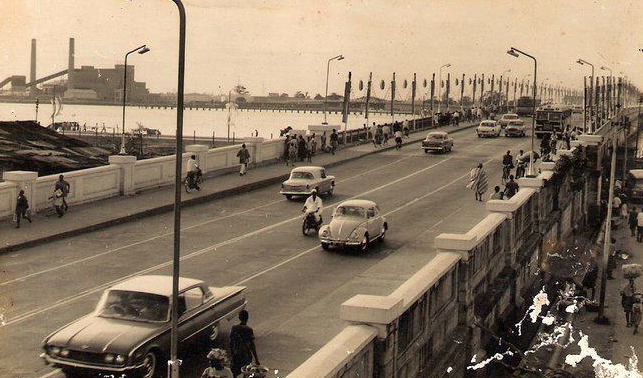 File photo: Carter bridge
With the likes of Adeniran Ogunsanya, Akin Adesola, Babs Williams, Johnson Agiri and Ganiyu Dawodu in his cabinet, the war veteran started building legacy infrastructural projects in the state.
“The appointment came suddenly upon me as a young man and I had to take it. I took it as a challenge and faced it squarely,” he told Nigerian Tribune.
“Lagos State came into existence as a child of circumstance…It was a modest sum of 10,000 pounds. That was what I used in starting Lagos state.”
His administration was renowned for executing landmark construction work, developing the civil service and putting in place a blueprint for the state. Some of the roads constructed during his administration include the Lagos-Badagry expressway linking Nigeria with neighbouring countries such as Benin, Ghana and Togo; Ito-Ikin bridge linking Epe to Ikorodu and Apapa Oshodi expressway.

HOW HE DEALT WITH LAGOS LANDLORDS AND SOLVED THE HOUSING CRISIS 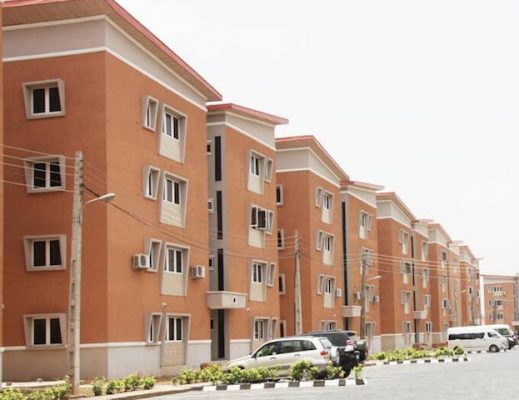 To deal with a housing crisis, with landlords exploiting tenants owing to the rise in population in the state, Johnson introduced the house rent edict and regulated how much landlords could take from tenants.
“The landlords were shylocks; they were exploiting the explosion in population by demanding high rents for accommodation. The landlords were charging very exorbitant rents on their properties. So, we sat down and formed a committee that looked into categories of houses and accommodation as well as the locations,” he said.
“Of course, for obvious reasons, you cannot compare a room in Ajegunle to, say, a room in Victoria Island or Ikoyi. So, we came up with an edict, stipulating categories of houses and what landlords will take as rent on their buildings.”

A truck belonging to Julius Berger Nigeria
After his retirement from the army, Johnson became a director with Julius Berger, and later, he was appointed as chairman of the construction firm 1996 – 2009.
Until his death, the ex-soldier did not regard himself as a rich man.
ADVERTISEMENT
“It is the people that will talk of the legacy that I left behind in the governance of Lagos. Lagos that I know is the former capital of Nigeria and the centre of excellence. I had done my part. History will adjudge me,” he told The Nation.
He is survived by four children.
Johnson is ”reunited” with Funmi, his wife, who passed away in February, 2016.