One item missing from the budget 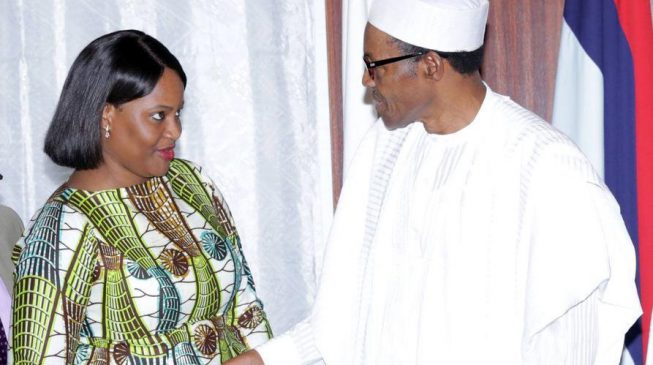 MR LECTURER
Throughout my undergraduate years, I was never aware of any sex-for-grades practice. I knew students dated lecturers, but sexual harassment must have been covert or maybe I was naïve. I think it is sex — not climate change — that will destroy this world. I was also not aware of bribe-for-grades because no lecturer even ever hinted at it, apart from forcing us to buy their books and handouts. I never heard anything about having to “sort” lecturers before you could graduate. I am a young man talking about an experience of roughly 30 years ago. You can imagine how low Nigeria has sunk that these practices are now described as “open” and “common place”. Disgusting.
PHANTOM WEDDING
Those who underrate the power of social media must have eaten the humble pie last week as wild rumours of President Muhammadu Buhari taking Sadiya Umar Farouq, minister of humanitarian affairs, as second wife took over the cyberspace. Somebody, or a group of people, sat down, composed tweets, dug up old videos, designed invitation cards and started broadcasting them. Pronto, the social media caught fire. I lost count of how many people asked me: “Simon, is it true?” Of course, I could easily see the manipulation of facts with the videos. Friday came, Friday went, no wedding took place. I always knew the fake news merchants were just having fun. Mischief.
NEW OIL
Finally, the Nigerian National Petroleum Corporation (NNPC) has found oil in the north after decades of intensive search. The NNPC announced the discovery of hydrocarbon deposits in the Gongola Basin on Friday. This is good and bad news. Good news for the political economy of Nigeria — the rage about “the north is a parasite on our oil” would become moderated and there would also be more petrodollars for FAAC in the short run. But it is bad news for the development of Nigeria — more oil may only worsen our laziness, ruin the lives of local communities and hamper the drive towards value-added agriculture and industry. Mixed.
OIL MONEY
To help us gain further insight into how we spend oil money in this country, Chief Seriake Dickson, governor of Bayelsa state, has just appointed 60 new special advisers to help his government “finish well” — four months to the end of his eight-year tenure. Governor Mohammed Badaru Abubakar of Jigawa has just appointed “SA to first wife”, “SA to second wife” and “SA to third wife”. The mismanagement of the resources of this country under the false assumption that we are super rich will continue to hurt us, no matter the price of crude oil. I have always said that if you are stupid, more money does not make you wise. You only become more stupid. Annoying.