Onyeama: Nigeria does NOT have direct communication link with its missions 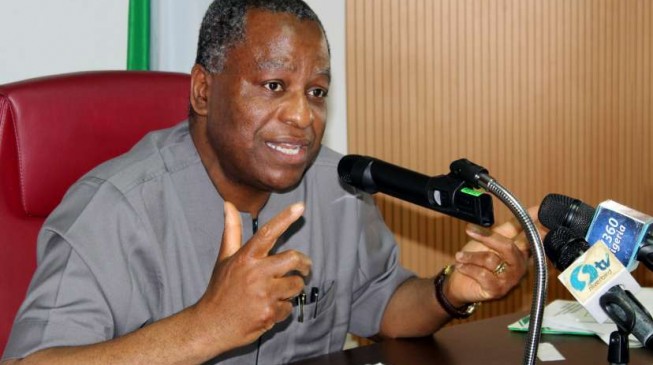 Geoffrey Onyeama, minister of foreign affairs, says Nigeria does not have any direct communication link with its foreign missions.
Speaking when he appeared before the house of representatives committee on foreign affairs on Thursday, the minister said the country’s embassies and high commissions lack 21st century communication technologies.
ADVERTISEMENT
Onyeama, who came to defend the ministry’s proposed budget for 2020, said the lack of such facilities not only exposes the sensitive information handled by the missions but also affects their operations.
He also said the lack of funding has been a “perennial” problem for the ministry and the missions.
He said: “A foreign ministry really has to function in a global community of the 21st Century and this requires certain architecture, especially Information and Communication Technology.
“When you are operating a hundred offices around the world, communication becomes absolutely key – real time communication – when you are also dealing with sensitive information, the capacity to also maintain that confidentiality.
“In the ministry, we don’t have direct linkage with our embassies around the world and even the most basic technology that will provide that is not even there. Even if we look at just within the ministry, the intranet system for communication has also become a real challenge.”
Only 30 of the 110 foreign missions got allocations in the 2019 budget.
ADVERTISEMENT
In 2017, officials of the Nigerian embassy in the US protested the non-payment of their salaries for three months.