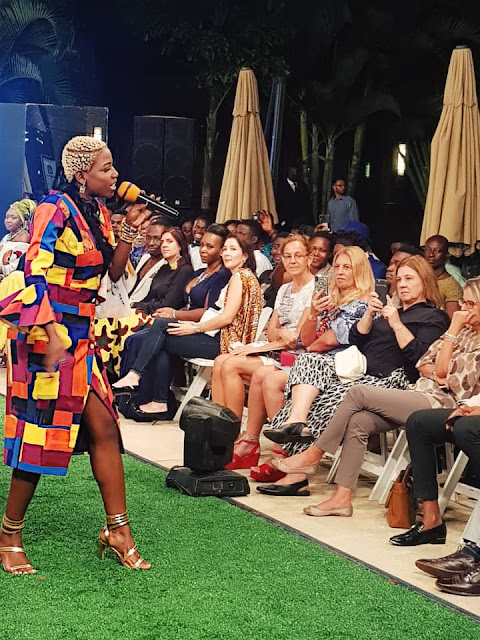 NIVEA Accra Fashion Week 2019 just ended and aside the beautiful organisation from Seminars to Fashion shows, one thing that caught the attention of most people who patronised especially foreigners was a beautiful singer who graced the stage twice.

Efe keyz performed at the first ever GALA night and wowed the audience with her voice, stage presence and personality.
ADVERTISEMENT
On the finale she appeared again giving goosebumps with her voice and her performance was top notch attracting ears of Tang Palace staff and expats who were there. 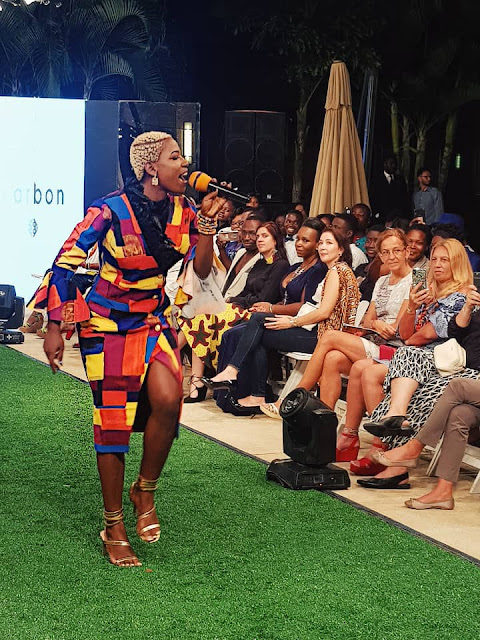 Her performance left a South African Designer Otiz Seflo stunned — he asked her to sing live for his collections on the runway and it was beautiful.
ADVERTISEMENT
Efe Keyz rose to fame under Zylofon Records and is known for her hit song JuJu.