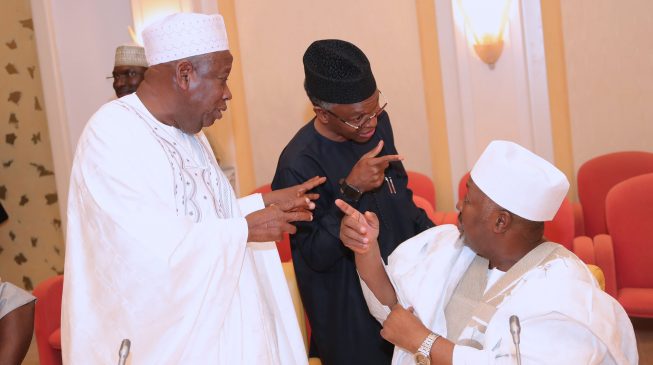 A federal high court in Lagos has granted the application filed by the Socio-Economic Rights and Accountability Project (SERAP) seeking to compel the Code of Conduct Bureau (CCB) to disclose details of assets declared by public officials since 1999.
SERAP had filed a suit against the CCB over its claim that it could not disclose details of asset declarations submitted to it by public officials.
ADVERTISEMENT
Through a freedom of information (FoI) request, SERAP had asked the CCB to urgently provide information on asset declaration submitted to the bureau by public officials from 1999 to 2019.
But the bureau had said the information requested could not be provided on the grounds of “invasion of privacy”.
In an application filed by Adelanke Aremo, SERAP’s counsel, the organisation sought an order of mandamus directing and compelling the CCB to disclose details of asset declarations submitted to it.
The civil society organisation had argued that the assets declaration form is a public document and not private information as claimed by CCB.
“Public interest in disclosure of the details of asset declarations sought by SERAP clearly outweighs any claim of protection of the privacy of presidents and state governors, as they are public officers entrusted with the duty to manage public funds, among other public functions,”  the suit read in part.
“The CCB does not have reasonable grounds on which to deny SERAP’s FOI request, as it is in the interest of justice, the Nigerian public, transparency and accountability to publish details of asset declarations by presidents and state governors since the return of democracy in 1999.
“The right to information and truth allows Nigerians to gain access to information essential to the fight against corruption, institutionalise good governance and improve citizens’ confidence in public institutions.”
Delivering judgement on Wednesday, Muslim Hassan, the presiding judge, granted the order for leave following the hearing of the argument on exparte motion filed by SERAP.
“Going through the Application filed by SERAP, supported by a 14-paragraph affidavit, with supporting exhibits, statements setting out the facts, verifying affidavits and written address in support, I am satisfied that leave ought to be granted in this case, and I hereby grant the motion for leave,” the judge ruled.
ADVERTISEMENT
Kolawole Oluwadare, SERAP deputy director, said the order by the court has cleared the way for the organisation to advance its case against the CBB and challenge the grounds for its refusal to publish the information requested.
The suit was adjourned to October 16 for motion on notice.