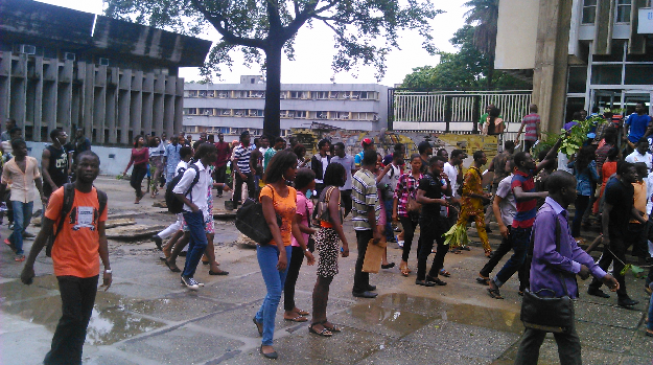 Fassy Yusuf, a lecturer at the University of Lagos, has asked Precious Okhimamhe, a social media user, to provide evidence of sex-for-grades allegation she levelled against him.
In the heat of a BBC documentary exposing randy lecturers at the University of Lagos, many had taken to Twitter to share their experiences.
ADVERTISEMENT
Tweeting via the handle @pretyprexy,  Ohkimamhe had said a friend of hers listed Yusuf as a randy lecturer.
“A friend of mine who graduated from Unilag just told me some names. Dr  Fassy Yusuf . . . Your time is coming. #SexForGrades,’” she had written in the tweet which went viral.
But in a letter dated October 9, Yusuf gave Okhimamhe seven days to prove this allegation of face legal action.
“In the last forty or so hours, I have been inundated with phone calls, messages and visits in respect to a libellous, scandalous and disparaging statement you posted on your Twitter handle on Monday, 07 October 2019 at about 1.13p.m and circulated globally,” the letter read.
“As a lawyer, a former public officer, a notary public, a justice of the peace, a community and religious leader, an international scholar and professional, a newspaper columnist, a social crusader, a businessman, among others, your reckless, irresponsible, disconcerting, scandalous and libellous post has lowered and continues to lower my person in the estimation of right-thinking members of the society, especially among my clients, friends, colleagues, associates mentees and students; has caused and is causing me to be shunned, and avoided; and it has exposed and continues to expose me to odium, hatred, contempt and ridicule. Indeed, your false statement cum post has conveyed an imputation on me, disparaged and injured me in my office, profession, calling, business, etc.
“Elementary law requires that “he/she who asserts, must prove”; the onus is therefore, on you to prove and justify the libel against me.
“Consequently, I HEREBY GIVE YOU SEVEN (7) DAYS’ NOTICE TO PROVE AND OR JUSTIFY YOUR LIBEL against me failing which I shall be constrained to institute legal action for the purposes of making you face the consequences of your irresponsible action, restoring my dignity, and claiming damages thereof.”
ADVERTISEMENT
Okhimamhe, however, has taken down the tweet.
Boniface Igebeneghu and Samuel Oladipo, two of the lecturers indicted in the BBC documentary have been suspended while UNILAG has set up a panel to probe their actions.