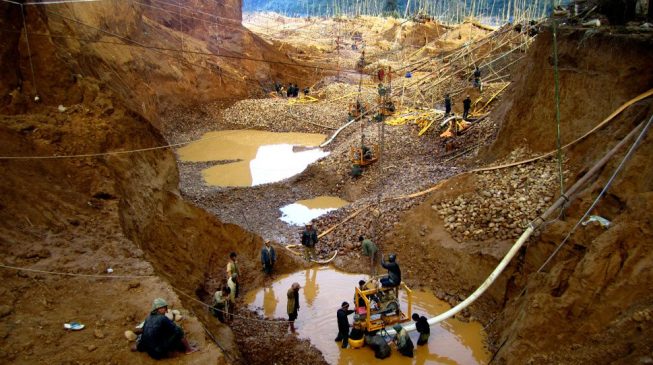 Olamilekan Adegbite, minister of mines and steel development, has accused some governors of supporting illegal mining in the country.
He said this while addressing the senate committee on solid minerals, mines, steel development and metallurgy on Friday.
ADVERTISEMENT
Adegbite said the governors, whom he did not name, provide police escort for unlicensed foreign miners in their states.
“You will find foreign nationals encouraged by our people. Without naming them, we have some state governments that are encouraging these foreign nationals that we are talking about and that is why you see them with security operatives,” he said.
“When they send them to go and do this, they need police. What do you expect a mining officer to do when the state government is backing this illegal mining?”
Tanko Al-Makura chairman of the senate committee, described governors supporting the illegal activity as “illegal miners themselves.”
He called for collaboration among the senate, house of representatives and other stakeholders to tackle the menace.
“Why are they governors giving support to illegal miners? Now, the simple response or answer to that is that they are helping illegal miners because they are illegal miners themselves,” he said.
“There is nowhere illegal mining can take place without the knowledge of the community; you cannot illegally mine mineral resources without the consent and the participation of the community.
“It then means that we must find ways, structurally and legally, to encourage state governments not to participate in illegal mining. That is only by carving a role for them. If you look at the law on mining, it is in the exclusive list.
“There is a need for us to come together – the Senate, the House of Representatives and other stakeholders in the industry to sit down and unbundle this to give every level of government some measure of participation without usurping the exclusive legislative rights.”
ADVERTISEMENT
Al-Makura, who is a former governor of Nasarawate, called more increased investments in the mining sector.
He said such capital-intensive sector should not be left to foreign entrepreneurs.