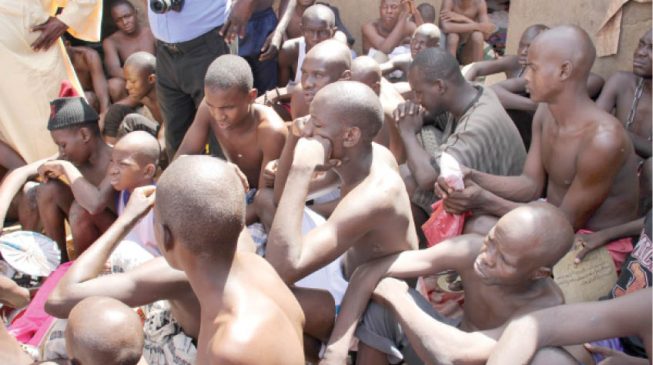 Hafsat Baba, Kaduna state commissioner for human services and social development, says the inmates of a religious rehabilitation centre in the state were in chains for eight years.
The police raided the centre located at Kwanar Gurguwa in Igabi local government area of the state on Saturday and set 147 inmates free.
ADVERTISEMENT
Among those rescued were 22 females and four foreigners while the owner of the facility, popularly known as Malam Niga’s Rehabilitation Centre, was arrested.
Baba said the inmates were tortured, and were in chains. She said it took the service of a welder to remove the fetters from their legs.
“They have been under torture. They were all in chains. We have to call a welder to remove the chains in their legs. Some of them have been in chains for eight years. They just removed the chains this afternoon,” she said.
She said inmates with mental issues have been transferred to the federal neuro-psychiatric hospital in the state for treatment.
Tony Ojukwu, executive secretary of National Human Rights Commission, directed its state coordinators in the north-west to investigate activities of illegal detention centres, as well as the case of nine abducted children in Kano.
ADVERTISEMENT
Three weeks ago, the police raided a religious centre at Rigasa, in Kaduna, rescuing at least 300 persons.