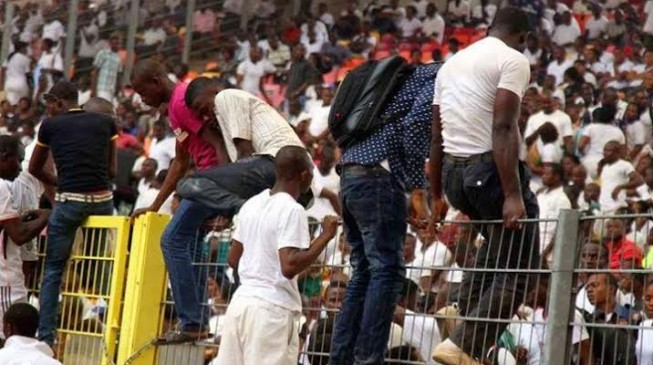 The Centre for Democracy and Development (CDD) says Nigeria’s unemployment rate has been increasing since President Muhammadu Buhari came to power in 2015.
The group said this in a report that reviewed the main economic agenda of the Buhari administration.
ADVERTISEMENT
The report titled: “An assessment of the effectiveness of government policies and programmes on economic growth and development, 2016-2019”, examined the effectiveness of policies and programmes that have been implemented by Buhari.
CDD said some government actions and policies have generated employment, “but at a slower rate than the increase in the workforce,” adding that “unemployment has, therefore, been increasing.”
“Though youth and graduate employment have recently diminished slightly, they are still unacceptably high,” the report read.
It said the various employment generation schemes introduced by the federal government have to be considerably up-scaled” for them to have a significant impact.
“More importantly, Commercial banks have to be incentivised to substantially increase their lending to the private sector, particularly agricultural production and processing and MSMEs,” it said.
ECONOMIC GROWTH BELOW EXPECTATIONS, POWER SECTOR FACING CHALLENGES
CDD also said though Nigeria’s economic growth has been “turning positive,” it has been “lower than stated targets.”
“This is partly due to slow or uneven growth of critical sectors such as crude oil, agriculture, manufacturing and power,” it said.
It urged renewed efforts to expand the tax base, “partly through more vigorous enforcement and partly through the incorporation of MSMEs and the informal sector into the tax net.”
The group said while the government’s economic recovery and growth plan provided the context for the government’s economic development policies and programmes, its targets have been overtaken by developments.
“Most of the macro-economic targets in the Plan and the budgets have been under-achieved,” the group said, adding: “The greatest challenge that has inhibited the achievement of the goals is the revenue constraint.
On the power sector, the group said the privatisation of that sector has led to an institutional arrangement faced with the challenges of preventing delivery on the speed and scale Nigeria needs to push needed development.
“In the short term, the distribution companies must be incentivised to consolidate, using an obligatory minimum capital requirement, as was done with the banking sector earlier,” it said.
ADVERTISEMENT
“Only in this way can they develop the capital investments needed to buy adequate power from the expanding capacity of the GENCOs and TCN and distribute and efficiently collect sales revenues.”