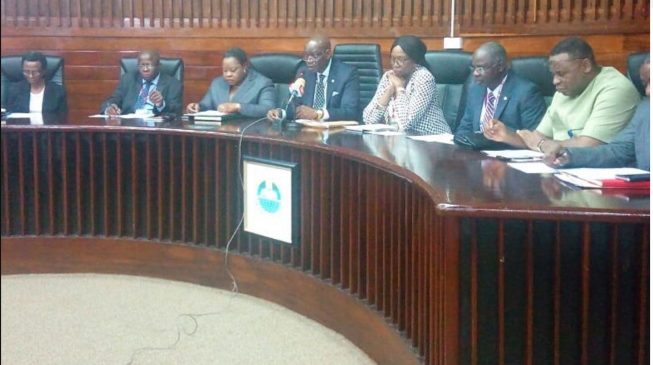 The management of the University of Lagos (UNILAG) has set up a panel to investigate the allegations against two of its lecturers indicted in the sex-for-grades scandal.
Boniface Igbeneghu, a senior lecturer, and Samuel Oladipo, a lecturer in the department of economics, were exposed in a documentary on sexual harassment released by the BBC Africa Eye on Monday.
ADVERTISEMENT
The two lecturers have been suspended by the university.
In a statement on Wednesday, Taiwo Oloyede, principal assistant registrar, communication unit of UNILAG, said the panel is headed by Ayodele Atsenuwa, a professor and dean of the faculty of law.
The school said the process will be transparent and appropriate sanctions would be meted out if the need arises.
The university also encouraged students and members of staff that have relevant information concerning the incidents to come forward, assuring that their security is guaranteed.
“The Panel will probe into the allegations of sexual harassment levelled against Dr. Boniface Igbeneghu of the Department of European Languages and Integrated Studies, Faculty of Arts and Dr. Samuel Oladipo of the Department of Economics, Faculty of Social Sciences as well as other related cases,” the statement read.
“As previously announced in the University’s Press Release dated Monday, October 7, 2019, Dr. Samuel Oladipo who was featured in the full version of the BBC broadcast, has been suspended from work with immediate effect and barred from the University academic areas until conclusion of the Panel’s assignment.
“Students and members of staff who have relevant information are encouraged to come forward. Their protection is assured. We firmly reassure all our students, staff, alumni, parents and guardians that this matter will be tackled with every sense of responsibility, and the seriousness it deserves. The whole process will be transparent and appropriate sanctions will be meted out to anyone found culpable.”
ADVERTISEMENT
The statement added that the panel (pictured) set up to investigate another allegation of sexual harassment involving a professor in the university in June 2018 still subsists and is awaiting further information that will aid in concluding the investigation.