Zainab Ahmed: Why we are seeking $3bn power loan from World Bank 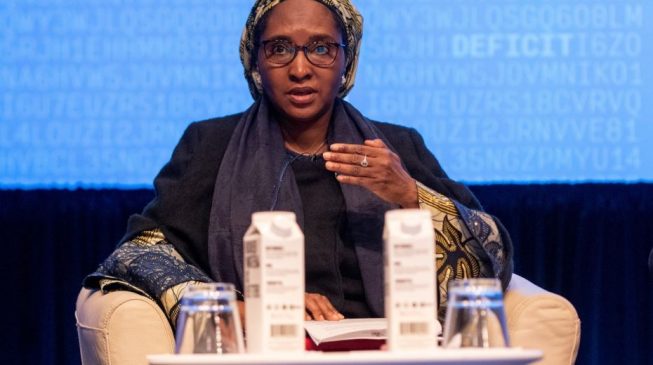 Zainab Ahmed, the minister of finance, says the $3 billion power loan being sought from the World Bank will be used to develop the electricity transmission and distribution network.
Speaking to journalists on the sidelines of the ongoing annual meetings of the International Monetary Fund and World Bank Group, Ahmed said the federal government would negotiate so that the loan could be released in tranches.
ADVERTISEMENT
“There is a proposed $1.5 to $3 billion facility for the power sector development programme in Nigeria, and this will include the development of the transmission network, development of the distribution network as well as removing the challenges that we have now currently within the electricity sector,” she said.
“We are going to have full nitty to discuss the power sector recovery programme. Back home we have been working a great deal with the World Bank to design how this programme will be implemented.
“So we have an opportunity now to have a direct meeting with the leadership of the bank to tell them the plan that we have and how much we need. So the funding could be a much as $3 billion. We are pushing for it to be provided in phases, maybe phase one would be $1.5 billion and phase two will be another $1.5 billion.”
When TheCable inquired about the likely modalities of the loan, David Malpass, the World Bank president said: “I don’t have a comment on the specifics with Nigeria. We are involved in a lot of countries on trying to have improvements in the structure of their state-owned enterprises or of their electricity systems so that they work. Particularly in West Africa, I think there can be a lot of progress made in terms of connecting more people and having more dependable power.
“We put a lot of emphasis on trying to have 24/7 electricity in as many places as possible, more people connected to grids than are currently connected. And this is one of those where some progress has been made and yet lots more need to be done.”
ADVERTISEMENT
However, the World Bank chief said it could be difficult to make new investments when there is already a lot of debt whether legacy debts or leftovers from past projects.