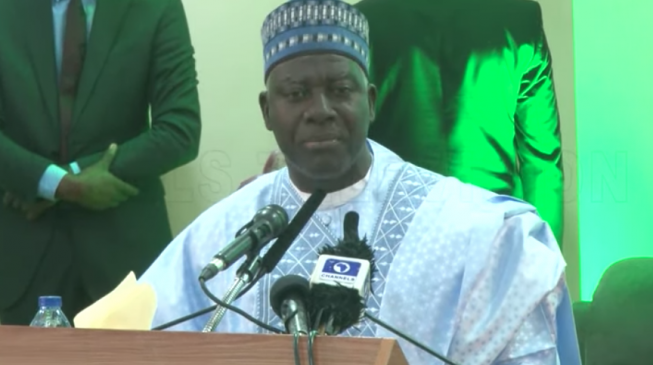 Yusuf Bichi, director-general of the Department of State Services (DSS), says the closure of Nigeria’s land borders has helped to check the smuggling of arms into the country.
Speaking at the graduation ceremony of the executive intelligence management course of the National Institute for Security Studies in Abuja, Bichi said the closure has also helped security agencies monitor the movement of “people that are likely to undermine the security of this country”.
ADVERTISEMENT
In October, the Nigeria Customs Service (NCS) banned the import and export of all products through the country’s land borders in a bid to inhibit smuggling activities.
“The recent closure of our borders attest to what we intend to achieve despite the criticism, the closure of our borders so far, have succeeded in checkmating not only smuggling of goods that are illegally brought into the country, even firearms and then checkmating the movement of people that are likely to undermine the security of this country,” Bichi said.
Godwin Emefiele, governor of the Central Bank of Nigeria (CBN), had also said extended closure of the borders will put an end to Nigeria’s security challenges.
ADVERTISEMENT
According to him, the borders will remain closed until neighbouring countries reach agreements on mutual anti-smuggling policies.