EXTRA: Ondo lawmaker appoints 60 aides ‘for their contributions to his victory’ 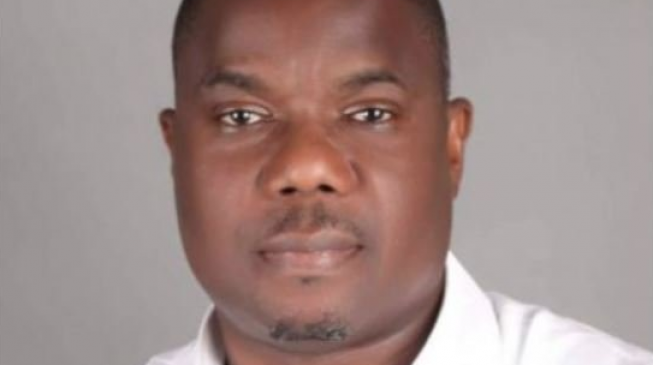 Ikengboju Gboluga, the lawmaker representing Okitipupa/Irele federal constituency, has appointed 60 of his party supporters as personal aides.
In a statement by Israel Fagbemigun, his media consultant, Gboluga said the appointments were in recognition of their contributions to his election.
ADVERTISEMENT
The lawmaker, who is a member of the Peoples Democratic Party (PDP), said the appointees would work with him in providing service to his constituents.
He said the appointments were to give the new aides a sense of belonging and financial appreciation.
According to him, the decision to appoint the “unprecedented high number of aides is in recognition of their contributions to his election victory”.
The lawmaker said that many others who did not make the list will be appreciated and rewarded in upcoming empowerment programmes.
Some of those appointed include Niyi Akinnola, chief of staff and Daso Feyiropo, special adviser on special duties.
Akin Emorioye, Oriola Akinrinwa, Tayo Ogungbemi, Omololu Akinbo, Dami Olowodugba, Gbenga Adeyehun, Olapade Omowole, Kunle Balogun, John Belie, Motunbi Juwa, Abiodun Temenu, Kunle Oloyebade, Adeolu Akinseye, Yetunde Awodumila and Dami Martins were appointed as special advisers.
Oladipupo Akinye, Niyi Adebusoye, Tayo Fatoyinbo, Sola Omojugba, and Temitope Kolawole were appointed as senior special advisers.
Tunji Akindayini, Oladipupo Fayefunmi, Albert Oluwambe, Olagundoye Gbenga, Adura Egbuwalo, Ebun Rotimi, Damilola Egbodofo, Chief Owate, Adewale Emoruwa, Olagundoye Moses, Felix Ojomo, Robert Oyeneyin, Abiodun Lijoka, Ezekiel Olowatobi, Akintuyi Ashogbon, Taiwo Lijoka, Omolafe Osowe, Dayo Akindehin and Bobola Job were all appointed as personal assistants.
Other PAs are Bosede Ayedamilowo, Folorunsho Owolala, Abiodun Akindemowo, Tunde Arowosomo, Shola Arobadi, Sunday Itiolu, Abiodun Akinsulere, Gbenga Faniyi, Olalekan Folorunso, Daisi Emoruwa, Mrs Akinjigan, Idowu Ogunwumiju, Segun Fadayomi, Akin Kokoluko, Orimisan Obolo.
The statement added that the appointments take effect from November 1.
In June, Nicholas Tofowomo, senator representing Ondo south constituency, had appointed 46 aides – the closest number of appointed aides to latest one.
ADVERTISEMENT
On Wednesday, Victor Danzaria, the lawmaker representing Balanga/Billiri federal constituency in Gombe state, had also appointed 36 aides.
Danzaria had said the appointments were geared towards empowering the youth and “putting food on their table”.

Tukur Yusuf Buratai, lieutenant general and chief of army staff, insists Boko Haram militants have been dislodged from holding any territory in Nigeria but have now resorted to hit-and-run attacks to create the impression that they are on a resurgence. The army chief said, in an interview with TheCable, THISDAY and ARISE news channel during the week, that the war against the terrorists is “complicated” because the military is hampered by the non-kinetic aspects such as lack of access roads to some local governments. He repeated his claim that Boko Haram militants now live among local communities, making it easy for them to launch attacks in furthering their “propaganda” that they are still a strong force. “When it escalates, you have situations like arson, as we witnessed in Auno recently. I would say that what is happening now is criminality because, since last year, we have not given Boko Haram any respite,” he said. “They are trapped and no longer have access to food; their movemen…