Peter Obi: In Nigeria, nobody tells you the truth when you are in power 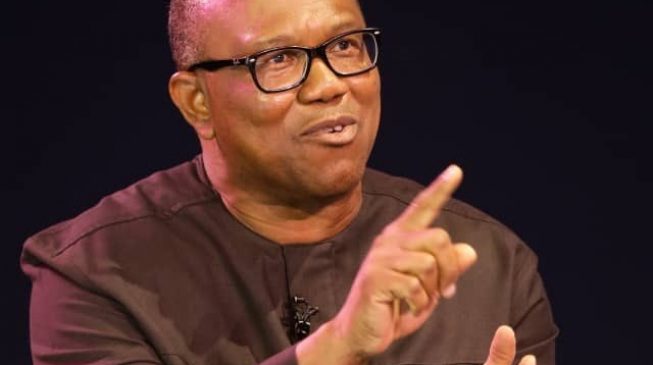 Peter Obi, vice-presidential candidate of the Peoples Democratic Party (PDP) in 2019 presidential election, says people in power do not get told the truth.
Obi spoke on Friday as a guest speaker at the first convocation of Chrisland University, Abeokuta.
ADVERTISEMENT
Speaking on ‘Creativity, innovation, and entrepreneurship: A critical intersection for economic development in Africa’, Obi said the challenges besetting the country are many.
He noted that the failure of the leaders to invest in education and entrepreneurship led the country to its present economic state.
He blamed the leaders for their roles in promoting corruption.
“The truth is that in Nigeria, the problem is over 75%. The country has been criminalised. Quote me, I am talking from experience of somebody who had served, I was there for eight years,” he said.
“What I found in Nigerians and your parents here, including me, I am a victim of that, I was governor for eight years, you can hardly see anybody who tells you something is wrong.
“Everybody calls you his excellency, that since you came, things have changed, even, when you know that nothing has changed.
“It is just that we have a government that has criminalised the society and people celebrate criminality. So, nobody could say to them, stop.
“Those who steal, if they come to church they will give them front seats, so, why would they not steal? They are the ones who are given chieftaincy tittles, they are the ones who get tittles in the world. So, we need to change all that.”
ADVERTISEMENT
He urged the youth not to “toe the lines of the previous leaders in the country”.