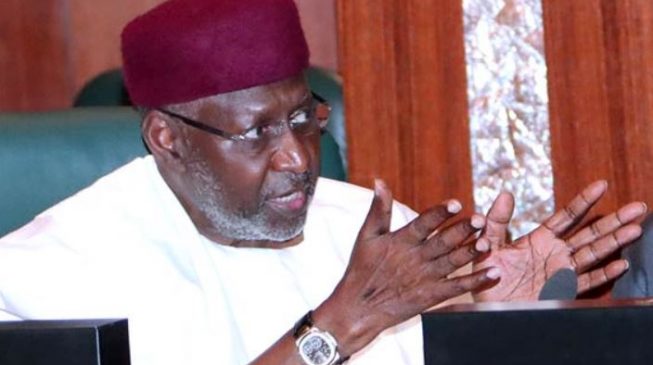 Abba Kyari, chief of staff to President Muhammadu Buhari, says the passage of the bill seeking to amend the deep offshore and inland basin production sharing contract (DOIBPSC) act by the national assembly is “a huge victory” for Nigeria.
The national assembly had transmitted the bill to Buhari for assent on Wednesday after both chambers had passed it.
ADVERTISEMENT
The bill seeks to amend the act by reviewing the sharing formula to accrue more benefits to the federal government.
Nigeria is projected to earn an additional income of $1.4 billion annually from international oil companies operating in the country if the bill is signed into law.
Commenting on the development, Kyari said the amendment is not just about the extra money accruable to the government but its translatability into bettering the lives of Nigerians.
“But there should be no doubt: this is a watershed moment for our economy, our institutions and our people. As a result of this amendment, Nigeria could earn an extra billion dollars a year from our oil,” Kyari said.
“These are funds that will help restore our schools and hospitals, repair our roads and infrastructure and give our armed forces the support they need to keep us safe. That is a big win. But it is about more than just the money.”
According to Kyari, the amendment should not be seen in isolation but as “ a part of an ambitious programme to overhaul a corruption-saddled and under-performing oil and gas sector”.
He said the amendment is important for three reasons: “it brings our laws and taxes into the 21st century; it shows that our institutions are effective and resolute in support of the National Interest; and that President Buhari means business.”
“Advances in technology have substantially reduced costs to industry and oil has consistently traded way above that anticipated range” since the original law was first enacted in 1993, adding that “there is no doubt that the Deep Offshore Act had to change,” he said.
He explained the failure to amend the law since 2003 when oil prices passed $20/barrel put international oil companies at an advantage and the government at loss in taxes.
The chief of staff lauded the cooperation between the executive and the legislature in seeing to the amendment.
ADVERTISEMENT
“This is the kind of partnership that we have seen all too rarely since the restoration of democracy in 1999,” he said.
“A sense of patriotism and the drive to deliver reform is replacing the sterile self-interest that has for too long dominated public administration.”