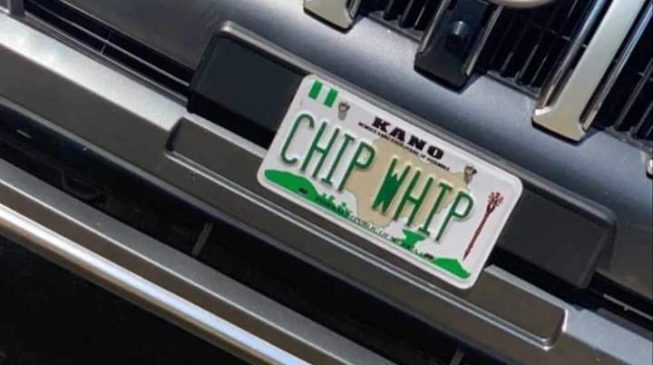 An error has been spotted on the official number plate of a car assumed to belong to the chief whip of the Kano state house of assembly.
The customised number plate reads chip whip in the place of chief whip and has the symbol of a legislative mace.
ADVERTISEMENT
See photos below: 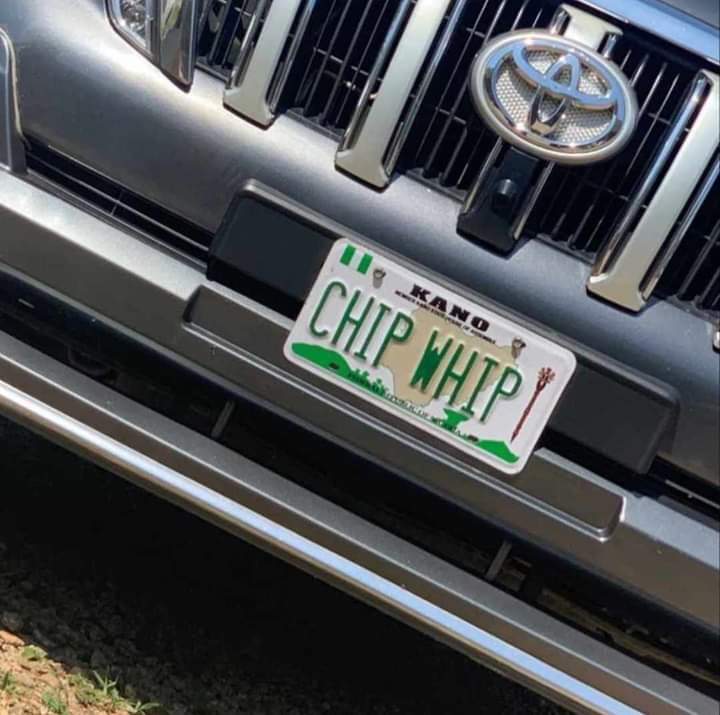 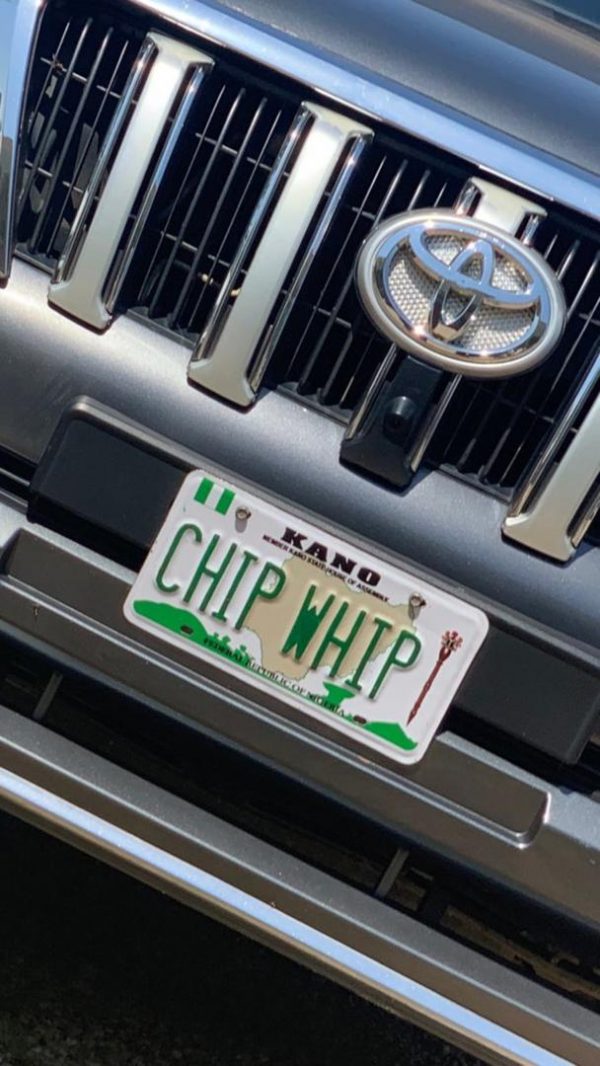 The photo has started generating comments on social media.
ADVERTISEMENT
Some of those comments are curated below.

TheCable ran Google reverse image searches to confirm the veracity of the picture but found it had not existed on the internet at an earlier date.