VIDEO: I’m not sure we would have been attacked if we visited PDP chairman, says Obaseki 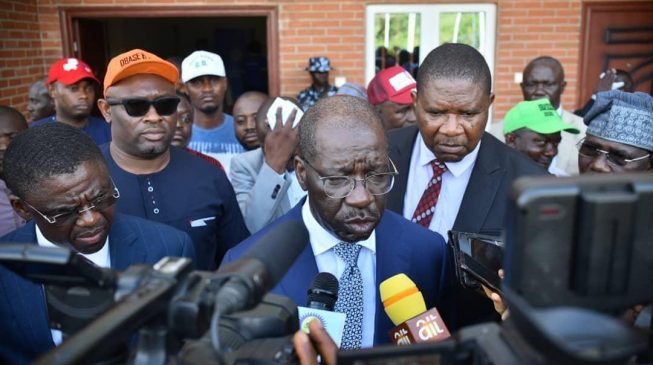 Godwin Obaseki, governor of Edo state, was attacked on Saturday at the house of Adams Oshiomhole, national chairman of the All Progressives Congress (APC).
Obaseki alongside Rilwan Akiolu, oba of Lagos, and Aderemi Makanjuola, the chancellor of Edo state university, had visited Oshiomhole’s house in honour of an invitation.
ADVERTISEMENT
The governor described the attack as unfortunate, wondering why he did not feel safe in the house of the APC national chairman.
Below are the videos of the attack and Obaseki’s response to questions from journalists:
ADVERTISEMENT 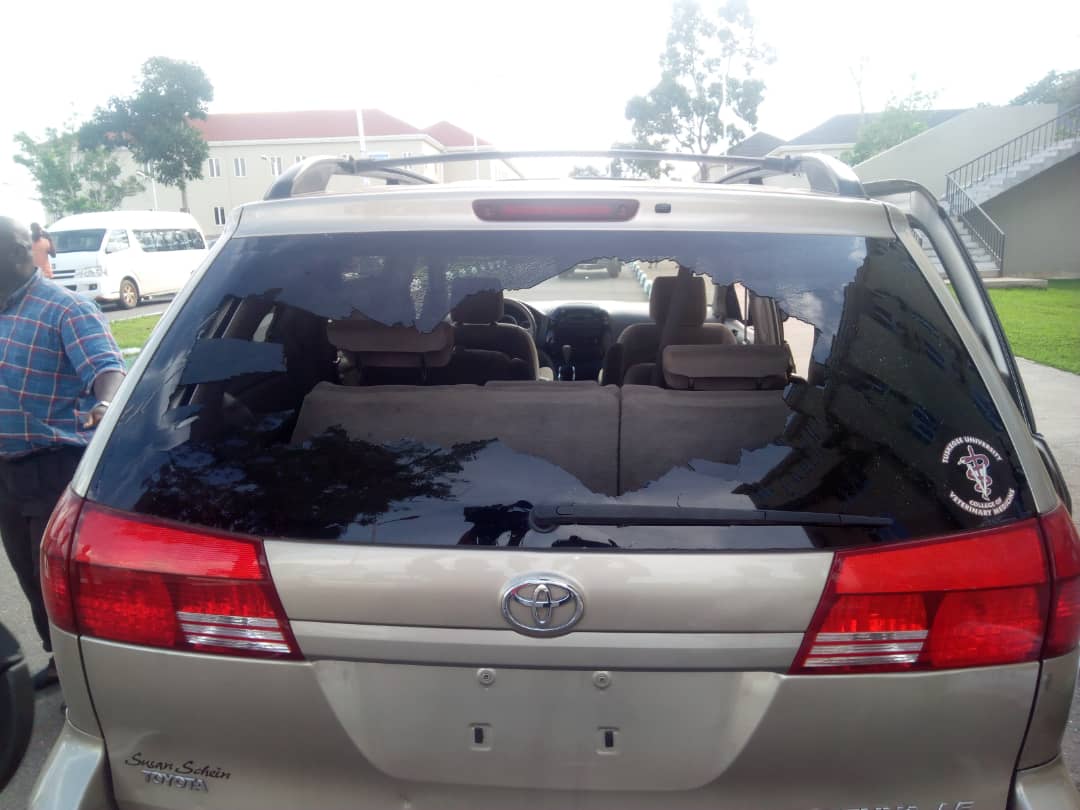 One of the vandalised vehicle