Dasuki: I have no feud with Buhari because God designed my detention 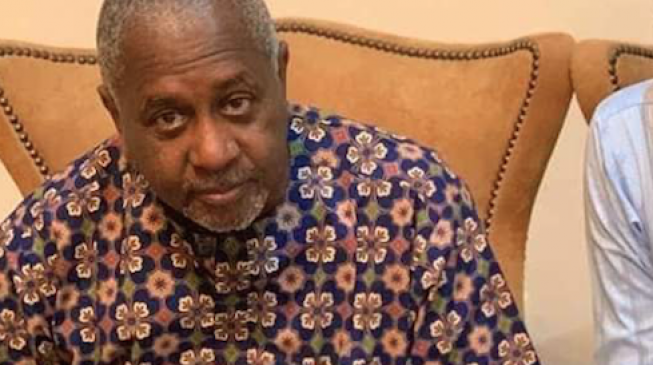 Sambo Dasuki, former national security adviser (NSA), says he holds no grudge against President Muhammadu Buhari.
Culled from TheCable, Dasuki spoke during a radio interview with the Voice of America Hausa Service, shortly after he was released from the custody of the Department of State Services (DSS).
The ex-NSA was released on Tuesday evening following a directive issued by Abubakar Malami, attorney-general of the federation, after spending four years in detention.
He was arrested in 2015 over alleged abuse of office and money laundering. But despite several court orders granting him bail, the government refused to release him.
Asked if he felt his detention was a payback for the role he played in the 1985 coup which removed the Buhari regime, Dasuki said he is not aware of such a motive and that his incarceration was designed by God.
He said he had no comments to pass to the government regarding his detention.
“I am not aware of this. What I know is that God designed this to happen,” Dasuki said.
“Nothing more. I have no problem with anybody. I am more than that. I can’t engage in a feud with anyone.
“There is no call to be made to the government. You know everything that happened to one in life is designed by God. Ignorance and lack of understanding can make one to suffer himself… Anything that God destined it to be, it will be. You said I spent four years in detention, it is over and today. Only God knows everything that will happen tomorrow.
“What is important is for everybody to be fair. Everybody who is a Muslim and who go to the mosque knows that what the Imam preaches every day is to harp on the need for people to be fair and honest. There is a reason for this and we need to listen.
He also said he is willing to stand trial to defend himself against the allegations of money laundering and sundry charges.”
“Yes, we have been going to court. It stopped because they were asked to release me and they did not release me. I resolved that anytime they released me, I will appear before the court and defend myself. I am ready,” he said.