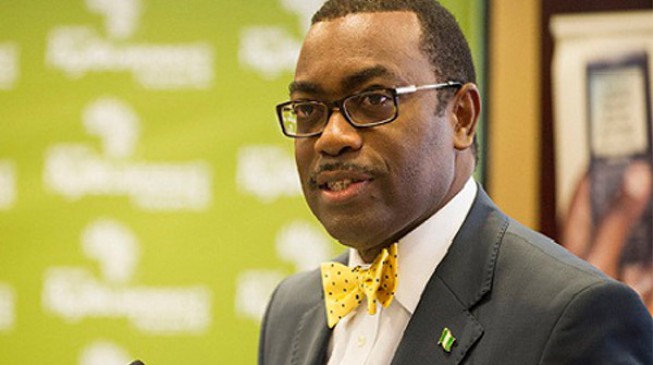 The Economic Community of West African States (ECOWAS) has endorsed the candidacy of Akinwumi Adesina, the president of African Development Bank (AfDB), for a second term.
Culled from TheCable, the decision was announced in a communique signed by Jean-Claude Kassi, the commission’s president, at the end of the 56th ordinary session of the Authority of Heads of State and Government of ECOWAS, that held in Abuja.
ECOWAS said the endorsement is in recognition of Adesina’s performance during his first term of office as president of the bank.
Adesina is the eighth elected president of the African Development Bank Group.
He was elected to the five-year term on May 28, 2015, by the bank’s board of governors at its annual meetings in Abidjan, Côte d’Ivoire, where the same electoral process will play out in 2020.
Adesina is a development economist and the first Nigerian to occupy the position.
He has served in a number of high-profile positions internationally, including that of Rockefeller Foundation, as well as Nigeria’s minister of agriculture and rural development from 2011 to 2015.
The commission commended Adesina for the bank’s involvement in the provision of technical and financial interventions to West African region.
It also lauded the president for the implementation of numerous projects and programmes across the region.
Speaking at the summit, Adesina announced that AfDB’s portfolio investments in ECOWAS region stood at $20 billion.