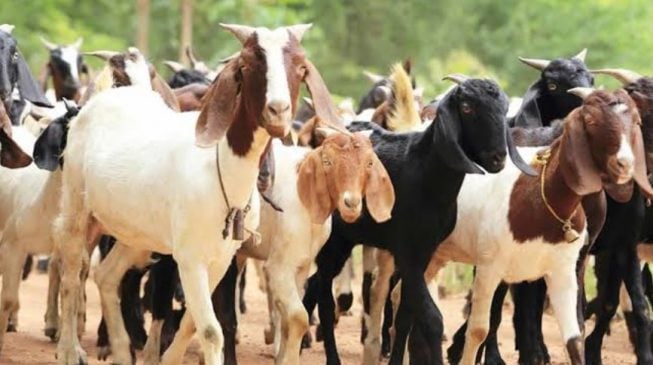 The Jigawa state government says 440 women in Birniwa local government area of the state will be empowered with 1,320 goats under the state goats loan microcredit programme.
NAN reports that Ahmed Zubairu, chairman of the goats distribution committee, was speaking in Birniwa on Friday after screening the women for the second phase of the scheme.
Culled from TheCable, Zubairu said the women were drawn from 11 wards in the local government for the loan which was to be paid back within 18 months.
He said each beneficiary would receive one he-goat and two she-goats to breed.
He listed requirements for accessing the goats to include agreeing to refund the loan, showing evidence of being an indigene of the area and benefitting from the programme for the first time.
Speaking at the event, Mohammad Jaji-Dole, the council chairman, cautioned the beneficiaries against mishandling the animals.
He also encouraged them to be ready to pay back the loan with three goats within 18 months so that other women could benefit from the programme.