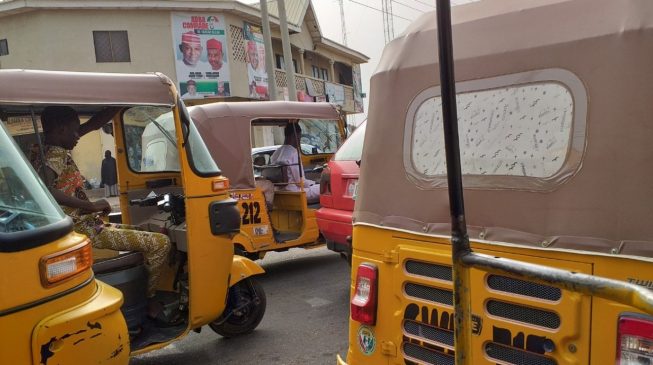 The Kano state government has barred persons of opposite genders from entering same commercial tricycle.
Culled from TheCable, the ban will take effect from January 2020.
Abdullahi Ganguje, the state governor, disclosed this on Wednesday at the 77th annual Islamic vacation course (IVC) at Bayero University, Kano.
The governor was represented by Harun Ibn-Sina, commander-general of Hisbah Board, at the event organised by the zone A of Muslim Society of Nigeria (MSSN).
Ibn-Sina said the government is committed to upholding Islamic values in the state.
Ibrahim Shekarau, a former governor of the state, was said to have introduced the commercial tricycles in the state as a means of transportation for women, until it was reversed and used by both genders.
In September, Baffa Agundi, managing director of Kano State Road Traffic Agency (KAROTA), said the state was planning to ban the use of commercial tricycle by the end of the year.
He said the move would sanitise the activities of commercial tricycle operators.
According to him, the agency has been receiving a lot of complaints from the public on commercial tricycle operators in the state.