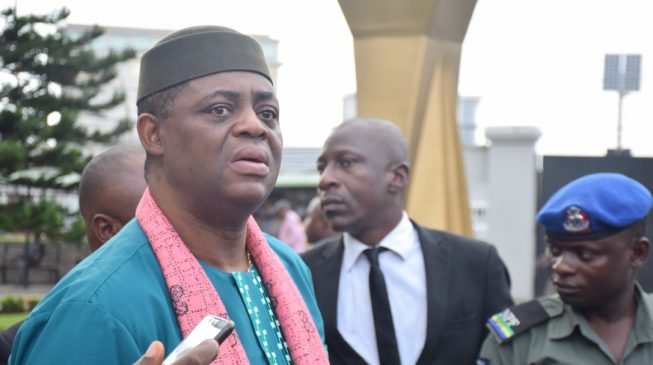 Femi Fani-Kayode, a former minister of aviation, says four people fought from within to ensure the release of Omoyele Sowore, convener of RevolutionNow Movement, and Sambo Dasuki, former national security adviser (NSA).
In a tweet on Tuesday, Fani-Kayode the four individuals were able to convince Buhari to ensure the release of both men.
He listed them as Abba Kyari, Buhari’s chief of staff; Hadi Sirika, minister of aviation; Kayode Fayemi, chairman of Nigeria Governors Forum (NGF); and Abubakar Malami, attorney-general of the federation.
“I can tell you authoritatively that 4 people fought from within to get Dasuki & Sowore released & eventually managed to convince Buhari. They are Abba Kyari, Malami, Hadi Sirika and Kayode Fayemi. They represent the liberal and cerebal wing of the Buhari Govt. & I commend them,” he wrote.
Culled from TheCable who could not independently verify Fani-Kayode’s claim.
Sowore and Dasuki were released from custody hours after Malami directed the Department of State Services (DSS) to release them.
While Sowore was arrested on August 3, over a nationwide protest, Dasuki was picked up in 2015.
Although Sowore was released temporarily after 124 days, he was rearrested at a federal high court in Abuja less than 24 hours after.
While trying to rearrest Sowore, operatives of the DSS had invaded the court, an action which sparked nationwide outrage. Shortly after this, Malami took over the case.