FG: Why we cannot release El-Zakzaky 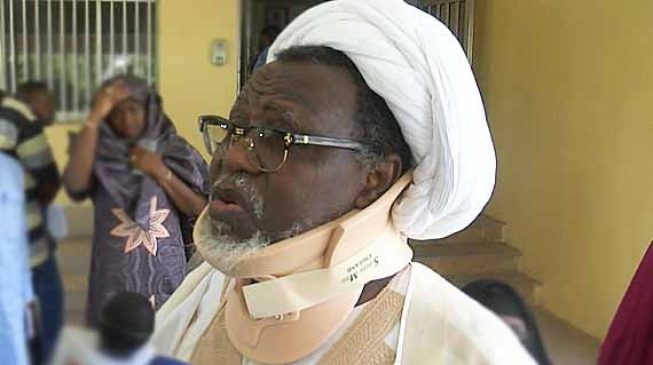 Abubakar Malami, attorney-general of the federation (AGF), says the federal government cannot secure the release of Ibraheem El-Zakzaky from custody since he is being prosecuted under a state law.
On Tuesday, Malami had ordered the Department of State Services (DSS) to release Omoyele Sowore, pro-democracy activist, and Sambo Dasuki, former national security adviser (NSA).
This led to demands for the release of El-Zakzaky, leader of the Islamic Movement in Nigeria (IMN), and his wife, Zeenat.
But Umar Gwandu, spokesman of the AGF, quoted him as saying the fate of El-Zakzaky can only be decided by the Kaduna state government.
Culled from TheCable, The AGF said the IMN leader’s case is different from that of Sowore and Dasuki who were prosecuted under a federal law.
“In determining the authority responsible for compliance with a court order with particular reference to bail, one must be guided by the law under which the accused person is charged and granted bail,” Malami was quoted to have said.
“On one hand, where the accused is charged under a state law, the order of the court granting bail for an accused person bail is targeted at the state authorities for compliance.
“On the other hand, where charges are framed under federal offences, the order granting bail is targeted at the federal authorities for compliance.”
El-Zakzaky and his wife have been in detention since 2015 when some of his followers clashed with soldiers in Zaria, Kaduna.
The IMN leader is standing trial over allegations of culpable homicide, unlawful assembly and disruption of public peace among other charges.