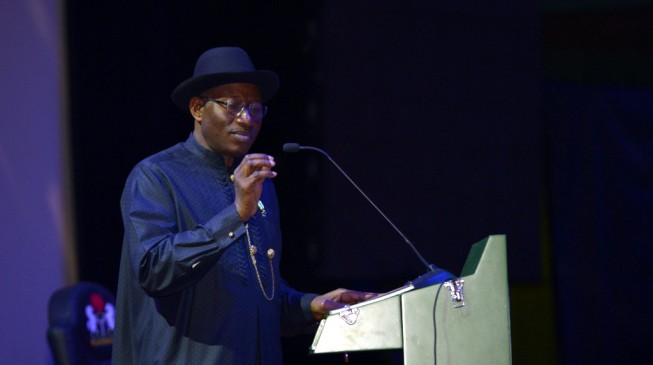 Ex-President Goodluck Jonathan has urged security operatives to stop “mindless attacks” across the country.
He said this on Monday when officials of the joint task force, code named Operation Delta Safe, and the Nigerian Navy visited him at his residence in Otuoke, Ogbia local government area of Bayelsa state.
The officers said the visit was to ascertain the level of damage following attack on the former president’s residence by gunmen on Christmas eve.
They said the visit was also to find necessary solution to prevent recurrence of such attacks.
Although security operatives repelled the attack, a soldier lost his life.
In his remarks, Jonathan urged them to be thorough in their investigations. He described the attack on his residence as “mindless”.
“Be thorough as you seek to bring the perpetrators to book and ensure that such mindless attack do not happen again in any part of the country,” Jonathan said.
Culled from TheCable, Akinjide Akinrinade, JTF commander; Saidu Garba, flag officer commanding, central naval command; and Saidu Garba, commander, Nigerian Navy Ship Soroh, were among those who visited him.