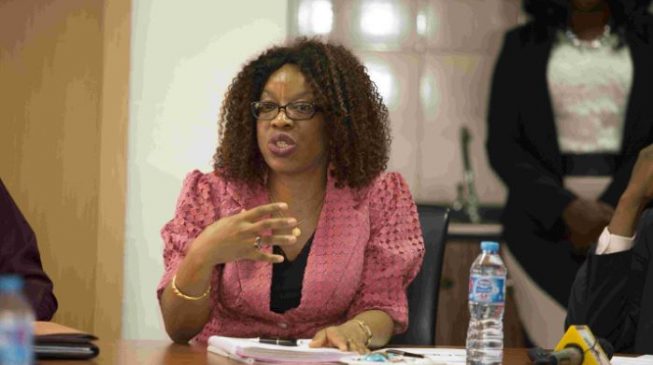 Sale Mamman, minister of power, has asked Marilyn Amobi, managing director of the Nigerian Bulk Electricity Trading Company Limited (NBET), to step down with immediate effect.
Culled from TheCable, this comes a few hours after the minister ordered the indefinite suspension of Damilola Ogunbiyi, managing director of Rural Electrification Agency (REA).
In a statement on Tuesday, Aaron Artimas, special adviser to the minister, said the move is to restore sanity in the management of the company.
“In view of this, the Minister had also directed the constitution of a 5-man investigative committee to look into the myriads of complaints against the MD/CEO with the view to restoring sanity in the Management of the company,” he said.
“Consequently, she is to hand over to the most senior Director in the Organization.”
In February, Leaks.ng had done a story on how Amobi reportedly approved at least N2 billion to two power generating companies.
She, however, denied all the allegations.
Leaks.ng is a coalition of media and civil society organisations. Daily Trust, TheCable, OrderPaper NG, Sahara Reporters, Premium Times and ICIR are all members of the coalition.
The Independent Corrupt Practices and other Related Offences Commission (ICPC) had said it would prosecute Amobi, over procurement fraud.
In a report sent to the office of Vice-President Yemi Osinbajo in March, ICPC found Amobi guilty of at least five of the allegations levelled against her.