MURIC: US working with CAN to create religious tension in Nigeria 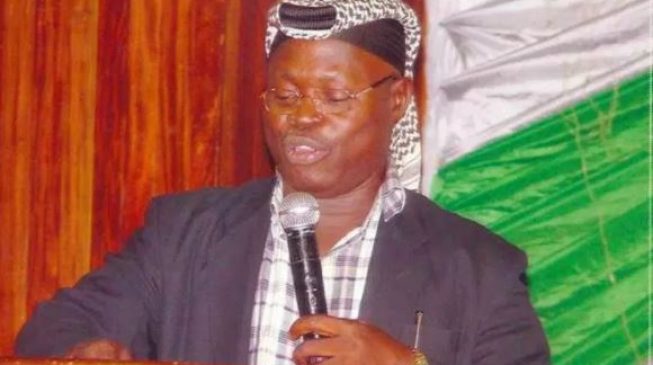 The Muslim Rights Concern (MURIC) says the United States is working with the Christian Association of Nigeria (CAN) to create religious tension in the country.
Culled from TheCable, MURIC said this while condemning the US’ designation of Nigeria as a country that has engaged in or tolerated severe violations of religious freedom.
In a statement issued on Tuesday, Ishaq Akintola, MURIC’s director, described the role of the US in global matters as “the height of double standards”.
The group said it is not bothered by the US tag of Nigeria as religiously biased because that country does not see anything good in Nigeria.
“We are not bothered by the US latest ranking of Nigeria as religiously biased. Has the US ever seen anything good about our country? Some foreign powers are always eager to discredit developing nations. It is a game mastered by imperialists. We can see the signs,” it said.
“America should do some introspection. Those who claim to be the champion of democracy in the world cannot in good conscience, beat their chests and say, ‘We have been fair to all’.
“America complains to Nigeria that Christians are being killed even when it is well known that Muslims are the greatest victims of the killings. America invited former CAN president to address congress a few years ago. But no Muslim leader has ever been invited to the same platform. Yet America has been using the lies told before congress to judge our country. Is this fair?
“Muslims of Southern Nigeria have been complaining of persecution for decades but America turned its deaf ears. America pretends nothing is happening to Nigerian Muslims even when the Muslim girl child is locked out of school over an ordinary headscarf which is even allowed in US schools.”
MURIC also said CAN has swallowed the bait of “religious persecution” which the US uses in international politics.
“CAN has only manifested its naivety in modern international politics. The US has thrown religious persecution as a bait. Unfortunately CAN has swallowed it, hook, line and sinker,” it said.
“Our message to CAN is this, allow America to set fire to your country and we can assure you that it is not the Muslims alone who will face turmoil. Whether to avoid foreign interference in your country and live in peace with your Muslim neighbours while you watch your children and grandchildren play peacefully in the garden or to open the doors wide for an army of occupation which will bring general pandemonium, the choice is yours.
“CAN should remember that religion or no religion, America’s national interest is America’s priority. America has no permanent friends. Neither should anyone blame Americans for loving their own country. The blame goes to those who open the doors of their country for foreign forces to support them in eliminating or, at least, in undermining their perceived rivals or oppressors.”
It likened CAN to a “mischievous housewife who beats up the husband but screams for help”.
MURIC appealed to Christians “not to allow CAN to set them against their own brothers”.
“We charge compatriots to verify claims being made by either the US or CAN. We invite all Nigerians to manifest the well known African hospitality to every American or Western citizen as those individuals do not represent their countries’ tortuous diplomacy. We call on Muslims to continue to exhibit love and care for their Christian compatriots,” it said.