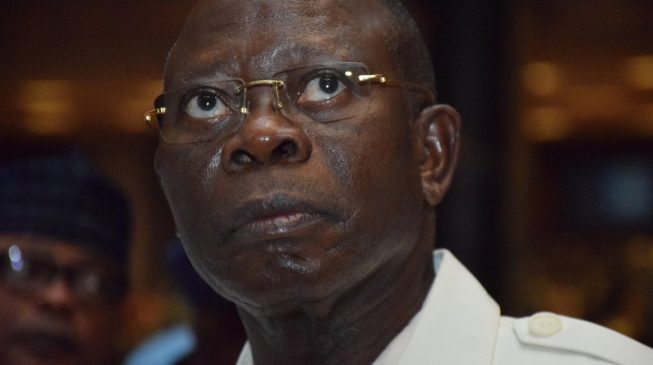 Adams Oshiomhole, national chairman of the All Progressives Congress (APC), rejected the Christmas gift that Godwin Obaseki, governor of Edo state, sent to him, according to Crusoe Osaige, spokesman of the governor.
Culled from TheCable, Osaige said this in a statement on Wednesday. The aide said what was sent to Oshiomhole includes four cows and 10 bags of rice.
He said the governor put their differences aside by sending the gifts to the APC chairman.
“The messengers said they met the mother of the former governor who rejected the items, stating that her son would not accept the gifts,” Osaige said.
“The gift items meant for comrade Oshiomhole include four cows and ten bags of rice.”
He explained that the distribution of Christmas gifts was an annual “ritual” by the state government which is an expression of love.
Obaseki and Oshiomhole have been at loggerheads over the affairs of the state.
The governor is seeking another term but Oshiomhole has vowed not to work for him. Osagie Ize Iyamu, candidate of the Peoples Democratic Party (PDP) in the 2016 governorship election in Edo, has defected to the APC.
There are reports that Oshiomhole is considering him for the party’s gubernatorial ticket for next year election.