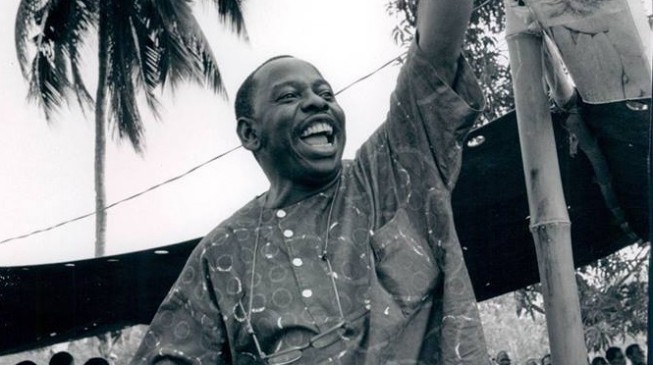 The UK and the US considered a navy-backed oil embargo against Nigeria after the execution of Ken Saro-Wiwa, writer and environmental activist, the BBC is reporting.
According to the broadcaster, the plan was contained in a document released by the UK government.
Saro-Wiwa and eight other people were hanged after they were found guilty of the murder of four Ogoni chiefs in 1995 by a military tribunal. They had denied the charge.
But despite pleas from the international community, the activists were still executed.
The activists led protests against the pollution of Ogoni land and this was seen as a threat to the regime of Sani Abacha, former military ruler, and Shell, a major oil company in Nigeria.
Culled from TheCable, the document reveals that former UK Prime Minister John Major and former US President Bill Clinton began taking steps about three weeks after the execution.
The document said the UK believed that an oil embargo would “only be effective” if done through the UN security council.
“[It] could only be made to work by a naval blockade,” it quoted Major as saying.
It said Clinton had agreed to implement the embargo if other countries were willing to do so but expressed concerns that China could veto the sanctions if brought before the UN security council.
However, the European Union (EU) took a number of steps at the time which saw the recalling of Nigerian ambassadors and the suspension of aid and military training.
The notes further quoted Major as telling Clinton that “we were not well placed to press for [sanctions]”. This is because at the time the UK accounted for just one percent of Nigeria’s oil exports, while the US took 40 percent.
The execution of the activists drew condemnation worldwide.