Brad Pitt and the Beauty Trap


Male stars face a double standard, too, and ever since he bared his chest in “Thelma & Louise,” his work has been undervalued. But look closer and he explores masculinity in complex ways. 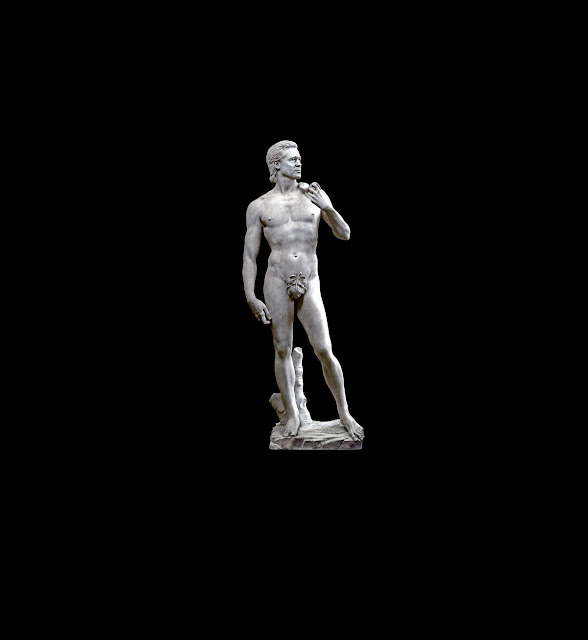 The meaning of Brad Pitt — as actor, star and supreme visual fetish — can be traced to the moment in the 1991 film “Thelma & Louise” when the camera pans up from his bare chest to his face like a caress. William Bradley Pitt was born in 1963, but Brad Pitt sprung forth in that 13-second ode to eroticized male beauty, initiating a closely watched career and life, dozens of movies, and libraries of delirious exaltations, drooling gossip and porny magazine layouts.
The delirium has resumed with Quentin Tarantino’s “Once Upon a Time … in Hollywood,” in which Pitt plays the Pitt-perfect role of Cliff Booth, a seasoned stunt man and coolest of cats. Everything about Cliff looks so good, so effortlessly smooth, whether he’s behind the wheel of a Coupe de Ville or strolling across a dusty wasteland. The novelist Walter Kirn once wrote that Robert Redford “stands for the [movie] industry itself, somehow, in all its California dreaminess.” In “Once Upon a Time,” Tarantino recasts that idea-ideal with Cliff, exploiting Pitt’s looks and charm to create another sun-kissed, golden and very white California dream.
So of course Tarantino being Tarantino has Cliff-Pitt doff his shirt, in a scene that both nods to the actor’s foundational “Thelma & Louise” display and offers another effusive paean to masculine beauty. It’s a hot day; Cliff is scarcely working. So he grabs his tools and a beer and scrambles on a roof to fix an antenna, wearing pretty much what Pitt first wears in “Thelma & Louise.” Then Cliff strips off his Hawaiian shirt and the Champion tee underneath it and once again, Brad Pitt stands bare-chested, soaring above both Hollywood and our gaze, the already porous line between actor and character blurring delectably further.
Culled from The New York Times, On Feb. 9, Oscar night, our gaze will again fix on Pitt, who has been nominated for best supporting actor for his role in “Once Upon a Time.” It’s nice that his peers bothered because they’ve been reluctant to honor him in the past. Despite his years of service and critically praised roles, Pitt has won just one Oscar: a best picture statuette for helping produce “12 Years a Slave.” As an actor, he has been nominated three previous times: once for supporting (“12 Monkeys”) and twice for lead (“The Curious Case of Benjamin Button” and “Moneyball”). As a reminder, Rami Malek, Eddie Redmayne and Roberto Benigni have all won best actor.
The academy hasn’t been alone in undervaluing Pitt. Beauty can be a trap as much as a benediction, including for men. Some of his earlier choices didn’t help, like “Legends of the Fall,” a risible dud that turns him into a golden sex pony. And neither did hyperventilating journalists: “A body like a Bruce Weber pinup,” one cooed in 1991. Four years later, panting tongue presumably in cheek, People wrote that “you wanted to ride bareback down the slopes of his hair.” Pitt himself fed the slavering by posing for outlets that eagerly indulged their soft-core reveries, like his 1994 Rolling Stone cover for “Interview With the Vampire,” where he stares at the camera like a Fabio-ed Kurt Cobain.
Critics could be unkind (guilty), but as the bad movies gave way to good, the notices improved. Soon, it became a favorite cliché to write that he was a character actor trapped in the body of a star (guilty again). Some of this, I think, stems from a suspicion of beauty, that it can’t be trusted, is “merely” superficial and silly, which makes the beautiful one also superficial and maybe even worthy of contempt that can lurk under obsession. There’s nothing new about how we punish beauty. The history of movies is filled with the victims of this malignant love-to-love and love-to-hate dynamic, not all of them women.
Once established, though, the star persona can become a received idea, not just a mask, and tough to dislodge. Pitt’s early success was often framed as a fairy tale about a Missouri kid who “for no apparent reason,” as one writer put it, came to Hollywood and fast became the next big thing. (Cue the James Dean comparisons, of which there were many.) Pitt studied acting in Los Angeles, including with the well-regarded Roy London, but the labor of performing isn’t sexy. It also doesn’t fit with the canard that stars can’t act. But there’s more to acting than the Method, telegraphed anguish and dropping (or adding) pounds, and while Pitt can go big — he’s played Achilles and a serial killer — he has a gift for understatement.
Pitt should have been nominated this year for best actor for his delicate, deep work in James Gray’s “Ad Astra,” a meditation on the unbearable weight of masculinity set largely in outer space. The film was praised as was Pitt’s turn, but neither found awards momentum. The performance was too good and certainly too subtle and interiorized for the academy. It has a historic weakness for showboating — the more suffering the better — which is why Joaquin Phoenix (often otherwise worthy) and his jutting rib cage in “Joker” seem like a lock. But Pitt has time. It took seven nominations for Paul Newman to win best actor; Redford has been nominated only once for acting (he lost).

Like Newman and Redford, Pitt has always seemed born to the screen, a natural. He has a palpable physical ease about him that seems inseparable from his looks, that silkiness that seems, at least in part, to come from waking up every day and going through life as a beautiful person. This isn’t to say that good-looking people don’t have the same issues, the neuroses and awkwardness that plague us mortals. But Pitt has always moved with the absolute surety you see in some beautiful people (and dancers), the casualness of movement that expresses more than mere confidence, but a sublime lack of self-consciousness and self-doubt about taking up space, something not everyone shares. This isn’t swagger; this is flow.
How actors walk, strut, slink and just stand signifies, though perhaps not as much as it once did, before filmmakers started focusing more on talking heads, which scale down better on the small screen. Sean Connery’s predatory prowl helped define James Bond. Sidney Poitier’s perfect posture, how he held his head and moved alongside white actors, announced a profound shift in the cinematic representation of race. Pitt spends a lot of time behind the wheel in “Once Upon a Time,” but he’s a great walker (even while wearing Cliff’s moccasins) and when Cliff realizes that it’s time to leave the dangerous Spahn ranch, the actor’s ramrod carriage, purposeful stride and tensed swing of his arms convey a man prepared for battle.

Over his three-decade career, Pitt has played a range of roles: soldier, sailor, rich man, poor man, vampire, thief. Among the most indelible is the phantasmagoric street fighter Tyler Durden — another great mover, with another of Pitt’s career-defining torsos — from David Fincher’s “Fight Club” (1999). The film turns on warring halves, a presumptive beta (Edward Norton) and his alpha twin (Pitt), who confront consumerism, postmodern anomie and that cult known as masculinity. Whether its critique lands has been much debated (that’s a no), but what remains beyond doubt is how Pitt, with his bloodied face and sculpted physique, became an emblem of contemporary masculinity and its contradictions.
In the years since “Fight Club,” the film has been embraced without irony and apparently without humor by men’s rights partisans. I wonder if they think Tyler is hot, and what exactly they see when they look at his body. Movies have always banked on the audience’s love of male violence. Throughout their history, they have exploited male beauty, tapping the passion it inspires. “Everybody wants to be Cary Grant. Even I want to be Cary Grant,” said, well, Cary Grant.
But the beautiful man can make us nervous, partly because he complicates gender norms. George Clooney is more than a pretty face, more than one writer has insisted. Yes, but he is also pretty. Some of this anxiety reeks of gay panic and misogyny.
Pitt has alternately rejected and embraced the dreamboat role, though he seems consistently game when asked to play that part in photo spreads; maybe because he knows it so well, he is also adept at sending it up. Part of what works in “Fight Club” is the aggressively performative quality that he brings to Tyler Durden, who from his strut to his red leather jacket and blood-colored sunglasses conveys both a swaggering masculine ideal and its absurd lad-magazine excesses. He’s a dreamboat for guys. Because while Tyler has a female lover-antagonist (Helena Bonham Carter), his main relationships are with other men, including his doppelgänger and the dudes who flock to the fight club, hysterical and shouting.

“Fight Club” demonstrated Pitt’s talents as a wingman, an ability to smoothly fall in step with a male co-star or trail in the other man’s shadow, which he does in “Once Upon a Time” as well as the three “Ocean’s” movies, playing Rosalind Russell to Clooney’s Cary Grant. Unlike some of his male peers, Pitt has always seemed equally comfortable sharing the screen with leading women, including former life partners, Juliette Lewis (in “Kalifornia”) and Angelina Jolie (“By the Sea”); he is also one of the few contemporary male stars whose persona has been, at least in part, constituted by the famous women in his life.
In an American cinema that has been dominated for decades by male characters who roam in packs or walk mean streets alone, it seems worth underscoring just how female-friendly Pitt reads onscreen and off. This goes back to his breakout role in “Thelma & Louise,” in which he plays a very intentional object of female desire called J.D. It was Geena Davis, who plays Thelma, who advocated that he be cast (over Clooney, among others), though the director, Ridley Scott, soon understood what Pitt was bringing to his brief yet pivotal role: For Thelma and J.D.’s sex scene, Scott, a visual perfectionist with an enduring love of glistening wet surfaces, sprayed Evian water on Pitt’s chest to give it sheen.
Pitt’s big scene takes place on a quiet night midway through the film. Coming in from the rain, J.D. knocks on Thelma’s motel door, brags about robbing stores and pleasures her in bed. (Later, he steals her and Louise’s bankroll.) The next morning, a still-disheveled Thelma tells Louise about her night with J.D., “I finally understand what all the fuss is about” — her face lit with a wild smile — “it’s just like a whole ’nother ballgame!” One of the things that the film’s detractors never grasped is that “Thelma & Louise” isn’t about female deviance or women ostensibly acting like men, but female pleasure and the liberation of body and soul. J.D. rips off Thelma and pushes her toward criminality. He also helps free her.
Soon before they have sex, J.D. (bare-chested, as he should be) takes out the portable hair dryer that he’s tucked into his waistband and waves it around like a gun, giving outlaw pointers to Thelma. The mixture of messages — the feminized dryer, the phallic gun — creates a seemingly dissonant pileup of signification that mixes male and female, desire and danger, laughter and heartache. This dissonance is crucial to the film and to the persona Pitt would develop, partly because it tempers beauty, making it approachable, funny, human. “That scene, right there,” Scott said later, “is the beginning of Brad Pitt! Bingo!” Scott was wrong; Pitt’s entire performance was the beginning — and the camera’s love, the jackpot.