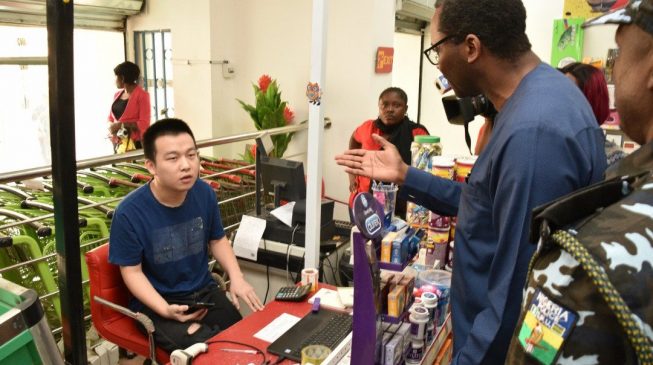 The Federal Competition and Consumer Protection Commission (FCCPC) has closed Panda supermarket in the federal capital territory (FCT) as a precautionary measure to the outbreak of coronavirus.
Culled from TheCable, The commission said the supermarket imported seafood and other animals from China illegally.
In a series of tweets on Wednesday, the commission said it also discovered that the store had expired products on its shelves.
“FCCPC inspected Panda Supermarket; Jabi on credible reports that it discriminated and had a concealed area for Asian nationals. Allegation confirmed, seafood and animals imported illegally from China discovered,” it tweeted.
“Store closed in abundance of caution considering coronavirus. Products with expired and irregular shelf life were also discovered at Panda Supermarket, Jabi, Abuja yesterday.
“Regulatory activities to remove all offensive products from the Supermarket continues.”
The death toll from the disease that broke out in Wuhan, China, has risen to 132 in that country.
According to the South China Morning Post, the country recorded 840 new cases in Hubei province, while Germany and Vietnam have patients who had contact with people linked to Wuhan.
A total of 2,014 cases were confirmed globally as of Sunday with victims in 15 countries excluding China.
Cases of the disease have been confirmed in Australia, Cambodia, Canada, France, Germany, Japan, Malaysia, Nepal, Singapore, South Korea, Sri Lanka, Taiwan, Thailand, US and Vietnam.