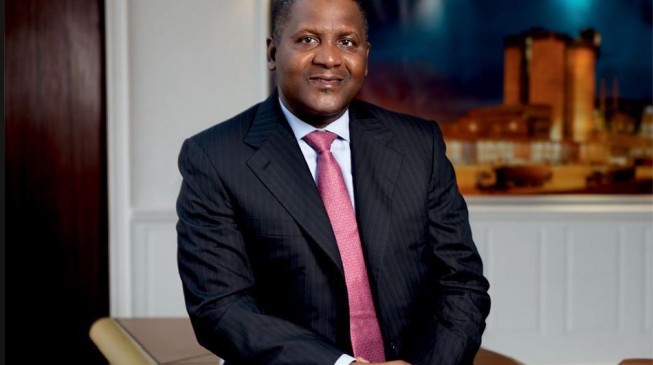 Aliko Dangote, Africa’s richest man, became $4.3 billion richer in 2019 with his business investments in cement, flour and sugar, TheCable reports.
According to the Bloomberg Billionaires Index, the 62-year-old businessman ended the year with a net worth of almost $15 billion, making him the 96th wealthiest man in the world at the end of 2019.
In February 2019, the addition of the equity value of his fertilizer plant to his net worth moved Dangote’s net worth from $10.8 billion to $16.6 billion.
He also moved to the 63rd position on the Bloomberg Billionaire Index from 103.
Dangote holds 85.2% stake in Dangote Cement and has shares in other companies like Dangote Sugar, Nascon Allied Industries, Dangote Flour Mills and United Bank for Africa.
Dangote incorporated his own business selling cement at 21 and begun cement manufacturing in the 1990s.
He has a crude oil refinery currently valued at $12 billion oil refinery under construction.
The refinery, which would be single largest in the world upon completion, has the capacity to meet more than Nigeria’s entire fuel consumption.