We bring you the impacts of a viral epidemic in China, the Democratic strategy at President Trump’s impeachment trial and a landmark ruling on violence in Myanmar.

In China, the all-important Lunar New Year holiday begins today, but the outbreak of a deadly virus is overwhelming hospitals and raising fears of a pandemic akin to one fueled by SARS, a similar disease that originated in China in 2002 and killed more than 800 people worldwide.

Here are the latest updates and a map of where the virus, which has killed at least 26 people and sickened more than 600 people in Asia, has spread.

Experts from the World Health Organization said on Thursday that it was too early to declare the outbreak an international health emergency, even as China took the apparently unprecedented move of keeping millions of people in Wuhan and nearby cities on a travel lockdown.

Looking ahead: The outbreak has dampened growth prospects for the world’s second-largest economy during what is normally a busy spending season. Financial markets fell across Asia on Thursday, led by a sharp drop in stocks in China.

Details: Many of the first 18 victims were men who skewed older and had underlying health issues. But the 18th was the first to die outside the city of Wuhan, the virus’s epicenter.

Go deeper: Wuhan, population 11 million, is an industrial and manufacturing hub that embodies China’s rise as a global economic power.

Solemnity, and politics, in Jerusalem


Prince Charles of Britain is due to meet in Bethlehem today with Mahmoud Abbas, the president of the Palestinian Authority, on the heels of an event in Jerusalem that marked the coming 75th anniversary of the liberation of the Nazi death camp Auschwitz.

Speaking days before the anniversary on Monday, world leaders at the event discussed the importance of remembering the Holocaust and speaking out against anti-Semitism. Some also used the opportunity to score political points on Iran.

Why this matters: The presence of several global leaders at Israel’s biggest-ever political gathering was a public relations boon for Prime Minister Benjamin Netanyahu of Israel, who is campaigning ahead of a March election even as he awaits trial on corruption charges.

The Democrats’ strategy on impeachment 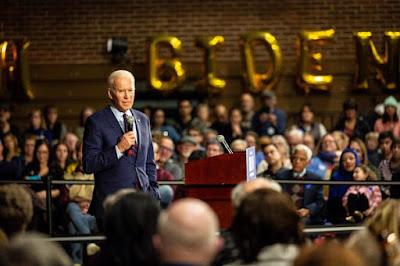 House Democrats are expected today to wrap up their opening arguments at the impeachment trial of President Trump by arguing that he obstructed Congress by concealing his behavior and withholding documents and witnesses. Here’s a roundup of our latest impeachment coverage.

On Thursday, the Democrats tried to disprove Mr. Trump’s claims that he was merely trying to root out corruption in Ukraine when he sought to enlist officials in that country to investigate former Vice President Joe Biden and his son Hunter Biden, who served on the board of a Ukrainian energy company.

Analysis: Bringing up the Bidens is risky for Democrats, our congressional correspondent writes, because some Republicans are threatening to call them as witnesses.

Related: No witnesses have been allowed at the trial yet, but Democrats are essentially using Mr. Trump as one — by quoting from his astonishingly unfiltered public remarks on Ukraine and other subjects.

What’s next: Mr. Trump’s lawyers are scheduled to begin delivering their opening arguments on Saturday, and the trial could be over before the president’s State of the Union speech on Feb. 4. But if senators vote to subpoena witnesses and documents, it could go deep into February.

Climate change and the banking sector 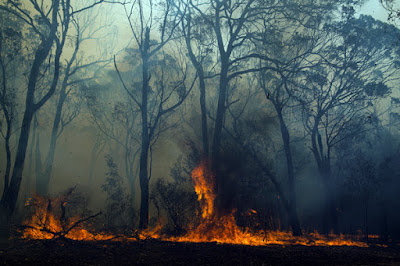 Climate change is expected to figure prominently in a strategic review that the European Central Bank began on Thursday — on the same day that an umbrella organization for the world’s central banks warned that the issue could lead to the next global financial crisis.

Christine Lagarde, the E.C.B. president, acknowledged on Thursday that some members of its governing council questioned whether fighting climate change was a central bank’s job. Still, she added, “I’m also aware of the danger of doing nothing.”

Why this matters: Global gross domestic product could plunge by nearly a quarter by the end of the century because of the effects of climate change, according to some estimates.

Analysis: “Think the subprime crisis in 2008 was bad?” our business correspondent writes. “Imagine a real estate crisis caused by rising sea levels and coastal flooding that renders thousands of square miles of land uninhabitable or useless for farming.”

Related: Business and political leaders made a flurry of commitments on carbon emissions at the World Economic Forum in Davos, Switzerland, this week. But few provided details on how companies could rapidly transition away from an economy based on fossil fuels.

If you have 45 minutes, this is worth it 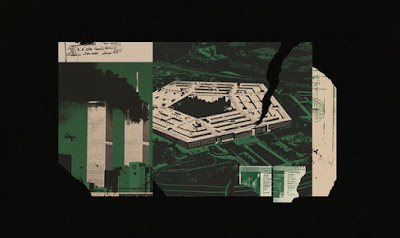 In a case that divided the F.B.I., agents spent years trying to understand Saudi Arabia’s connections to the worst terror attack in America’s history.

Now a joint investigation by The Times Magazine and ProPublica explores what some agents discovered: A series of missed opportunities by the agency to resolve questions about the link between one of Washington’s closest allies and the attack.

Here’s what else is happening

Ruling for Rohingya: The International Court of Justice at The Hague said on Thursday that Myanmar must take action to protect Rohingya Muslims after what many experts have called a campaign of genocide by the country’s security forces along the border with Bangladesh.

Storm moves north: A huge storm that has killed 10 people in Spain and left hundreds of thousands of residents temporarily without electricity was moving north on Thursday, setting off weather alerts for parts of France.

Poisoning charges: Bulgarian prosecutors on Thursday announced charges against three Russian spies, accusing them of using poison in a failed attempt “to deliberately kill” a prominent arms dealer, his son and an executive in 2015. A Times investigation last month identified the suspects as operatives of an elite military unit involved in the 2018 poisoning of a Russian spy in Britain.

This briefing was put together by Mike Ives and Sofia Mitra-Thakur for The New York Times.