EXTRA: PUNCH missing as national dailies get advertorial from presidency 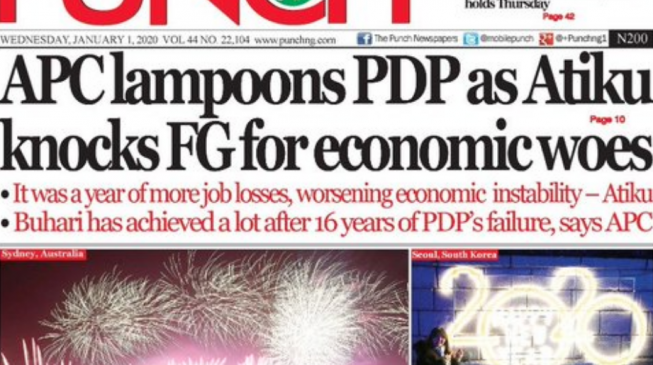 PUNCH was conspicuously missing among the national dailies that got front page advertorial from the presidency on Wednesday.
Culled from TheCable, the advertorial contained the New Year message of President Muhammadu Buhari to Nigerians. While the content splashed on the cover page of major dailies, the newspaper, which describes itself as the most widely read in Nigeria, had images of New Year celebrations across the world and other stories.
It’s unclear if PUNCH was deliberately omitted as a result of its decision to prefix Buhari’s name with – major-general – his rank as a military dictator between 1984 and 1985.
In an editorial on December 11, the newspaper announced that it would refer to Buhari’s government as a regime over its “disregard for the rule of law”, citing among other caes, the detention of Omoyele Sowore, convener of RevolutionNow Movement, despite two courts granting him bail.
Sowore was released on Christmas eve
Femi Adesina and Garba Shehu, spokesmen of the president, had issued statements on the same day in response to the editorial.
While Adesina said calling Buhari major-general is a testament of press freedom, Shehu accused the newspaper of cuddling dictators in the past.
Below are images of the front cover of some dailies on Wednesday: 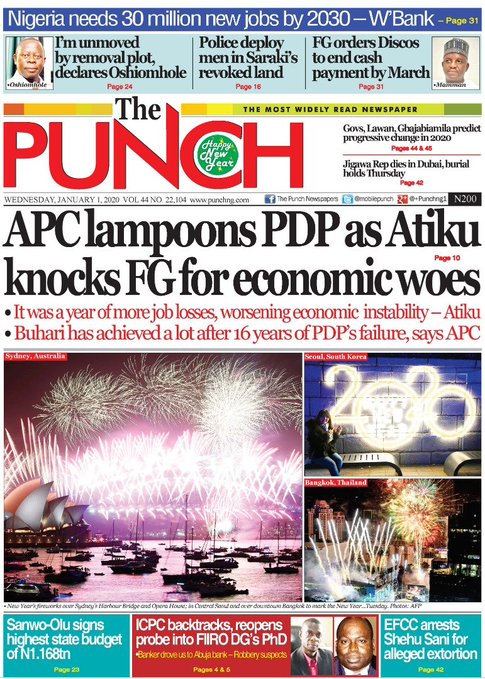 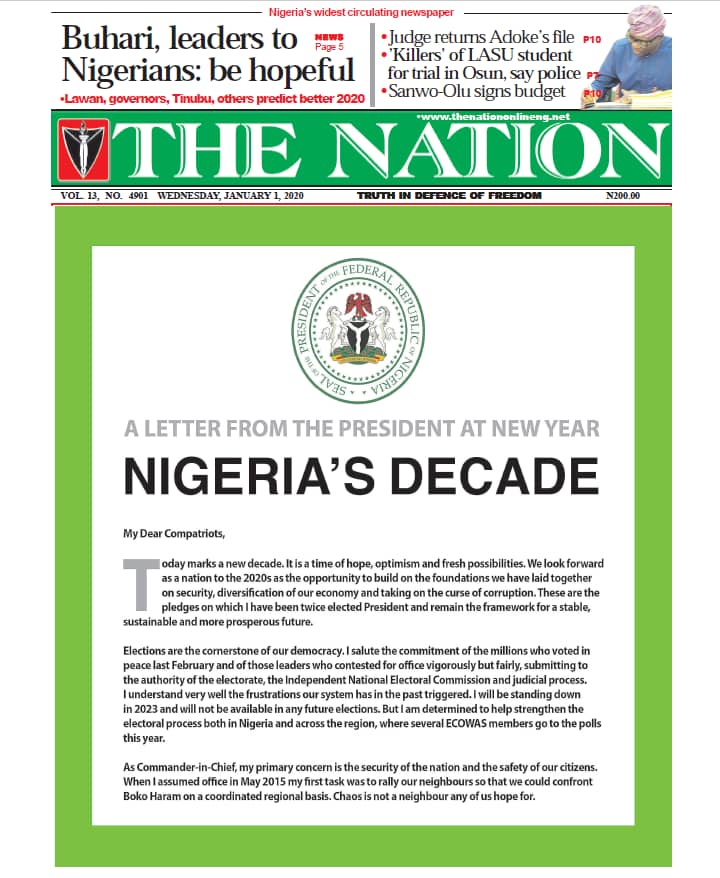 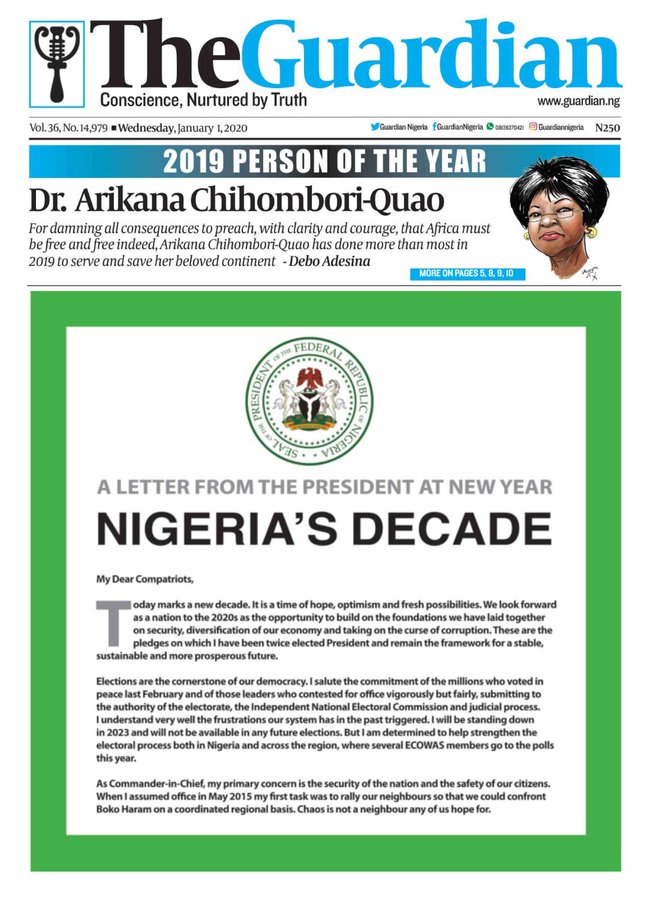 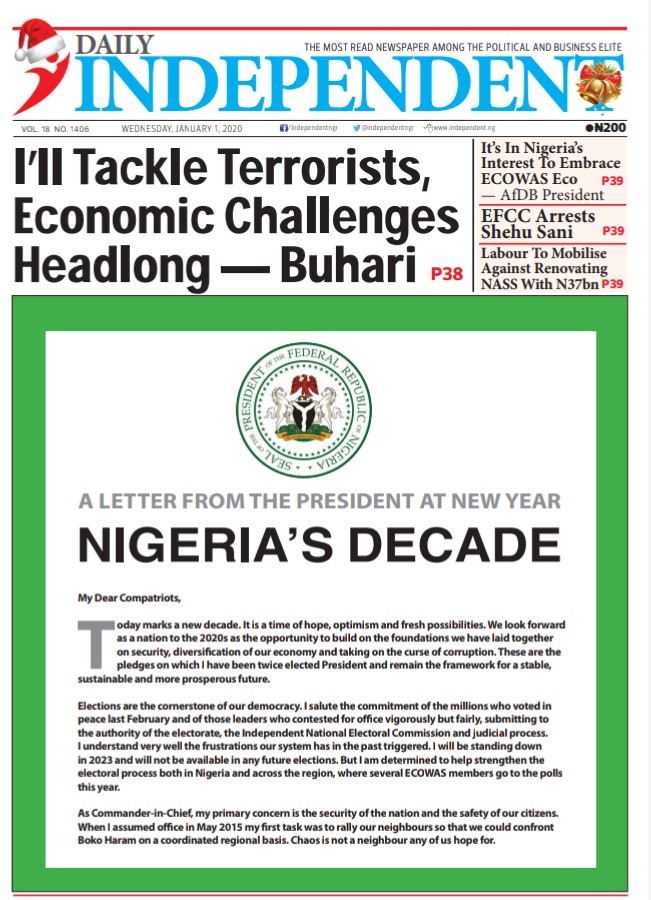