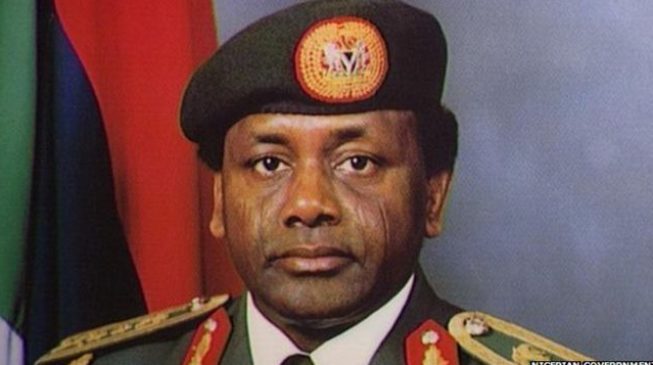 Nigeria and the Island of Jersey will soon sign an agreement with United State government for the repatriation of 321 million dollars looted by Sani Abacha, former head of state, TheCable is reporting.
The Island of Jersey, a British Crown Dependency, is self-governed and has it own financial and legal systems and its own courts of law.
While addressing reporters after the federal executive council meeting, Abubakar Malami, attorney-general of the federation, said efforts were being made to recover the money.
He said the funds which will be repatriated from the Island of Jersey within three months will be deployed for the construction works on Lagos to Ibadan highway in the south-west, Abuja to Kano in the north and a Second Niger bridge across the Niger River in eastern part of the country.
“Council approved the asset sharing tripartite agreement between Nigeria, Island of Jersey and the United States of America for the purpose of repatriation of looted assets,” he said.
“We have overtime been discussing with other jurisdictions including Island of Jersey and the United States among for the purpose of the repatriation of looted assets connected to Abacha family, Diezani Alison-Madueke, Kolawole Aluko among others.
“It is within this contest that we have now come to terms with this jurisdiction – Island of Jersey, United States of America and indeed Nigeria by way of negotiating for the repatriation of sizable assets.
“As it is, we have concluded on the understanding that the sum of $321 million will be repatriated in due course inclusive of James Ibori assets as well.
“So, we are hopeful that by next week we will sign the agreement for the looted assets. The assets that are going to be repatriated is located and in the custody of Island of Jersey.
“But the United States of America came on board because it has obtained an order for forfeiture against the assets, considering that the medium of exchange used in the looting the assets is the US dollar.
“So, the amount upon signing the MOU will be remitted from the Island of Jersey within a number of days agreed upon, within 28 days.
“The money will be repatriated from the Island of Jersey to the United States of America and thereafter within 45 days, it is agreed by the parties that the United States is America will make the necessary arrangements for the eventual repatriation to the Nigerian state.”
Malami recalled that during Buhari administration’s first term, the administration had succeeded in enhancing the recovery of looted assets by over 1,300 percent.
According to the minister, the Nigerian government also expects at least €6 million from convicted ex-governor James Ibori as well as proceeds of planned auction of a yatch seized from businessman, Kola Aluko.
He said: “It is in line with that spirit of aggressive recovery of looted assets that the office of attorney general has been pursuing the recovery of looted assets.’’
The move to recover fresh Abacha Loot comes after the controversy which rocked the previous recovery.
Malami had engaged Oladipo Okpeseyi and Temitope Adebayo, two Nigerian lawyers, for the recovery of $321 million Abacha Loot from Switzerland.
But Enrico Monfrini, a Swiss lawyer who had been on the recovery job since 2000, had told TheCable in a series of interviews that hiring of the new lawyers was needless as he had already completed the job.
Despite this, the Nigerian lawyers got $15 million from the federal government