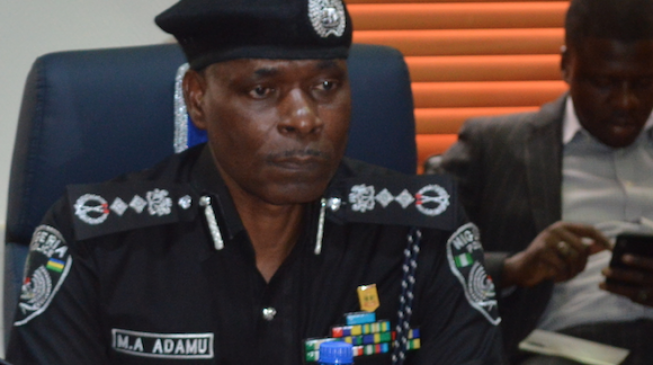 Mohammed Adamu, inspector-general of police (IGP), has asked Shina Olukolu, Oyo state commissioner of police, to help reinstate the sacked local government chairpersons in the state in compliance with the directive of the attorney-general of the federation (AGF).
In May, 2019, Seyi Makinde, governor of Oyo, sacked all the local government chairpersons in the state and appointed caretaker chairmen.
But Abubakar Malami, AGF, in a letter dated January 14, declared Makinde’s action as unconstitutional.
According to Premium Times, in a letter signed by Idowu Owohunwa, principal staff officer to the IGP, and addressed to Ayodeji Abass-Aleshiloye, chairman of the  Association of Local Government of Nigeria (ALGON), the IGP asked the sacked chairmen to liaise with the police commissioner to facilitate a smooth takeover of the local government areas in the state.
Culled from TheCable, the letter, dated January 23, was entitled “Re: Federal Government Order to Governor Seyi Makinde to Reverse Sack of Local Government/ Local Council Development Areas Chairmen in Oyo State- Result for Police Protection”.
It reads: “Your letter dated 21st, January 2020 on the above underlined subject, refers,
“I am to inform you that the inspector-general of police has directed the commissioner of police, Oyo state to initiate appropriate actions in line with the legal opinion of the attorney general of the federation and minister of Justice on the matter.
“You may accordingly, liaise with him to facilitate. Accept the assurances of the esteemed regards of the inspector general of police, please”.
The Peoples Democratic Party (PDP) had asked the newly appointed caretaker chairmen to disregard the directive of the AGF, saying he lacks the constitutional powers to do so.