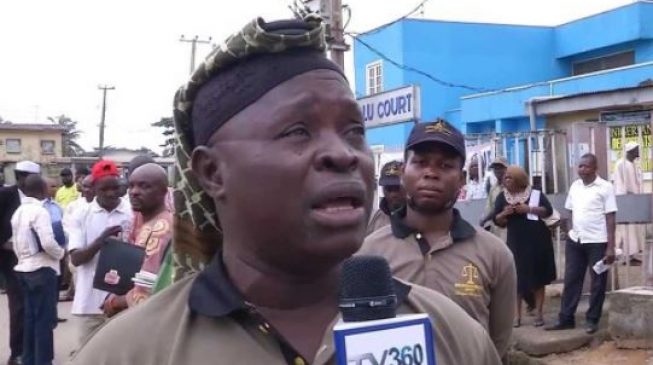 A group known as Coalition of Progressive Yoruba Islamic Groups (COPYIG) has described Ishaq Akintola, director of Muslim Rights Concern (MURIC), as a big threat to southern Nigeria.
Reacting to Akintola’s call for the rebranding of Amotekun, a regional security outfit, COPYIG alleged that Akintola has an agenda to tear the country apart.
The MURIC director had said Amotekun has a biblical origin. He had also accused governors who floated the outfit of recruiting only Christians into Amotekun which he described as a militia.
The Western Nigeria Security Network is code-named Amotekun, Yoruba word for leopard.
Culled from TheCable, Mukthar Okunade, national coordinator of the coalition, said Akintola is promoting rebellion against Yoruba people.
“It is unfortunate that one Akintola who leads MURIC has consistently fan embers of disunity in Yorubaland hiding under the guise of Islam to set brothers against brothers, communities against communities and men against women,” he said.
“Akintola has no followers. He is an extremist and a sadist. He appears to have suicide instinct. We urge him not to attempt to drag the entire Yoruba along on his pathway of mischief and treachery against the Yoruba people.
“In his riotous mind, blind rage and in a show of complete lack of wisdom, he claimed Amotekun is a Christian outfit. This shows how shallow and irresponsible Akintola is.
“The head of Amotekun in Ogun state is a retired AIG, Subair; the man in charge of Amotekun in Ondo state is Aliu Tijani, a retired senior police officer, the person in charge of Amotekun in Ekiti State is Chief Jinadu. Aare Ona Kakanfo Iba Gani Adams who has been supporting Amotekun is a Muslim. The Alaafin Oyo who backs Amotekun is a Muslim. We caution Akintola to halt is hatred for the Yoruba Nation.We urge him to learn to read books and bail himself out of his state of psychological disorder.
“Akintola is a big threat to Southern Nigeria, especially the Yoruba, Igbo and South South who owe the key to the liberation of Southern Nigeria from Fulani stranglehold”
The coalition also called on the Lagos State University (LASU) to sack Akintola, describing his ideas as “injurious to the search for knowledge in any decent society”.