No train was attacked on the Abuja-Kaduna railway, says NRC 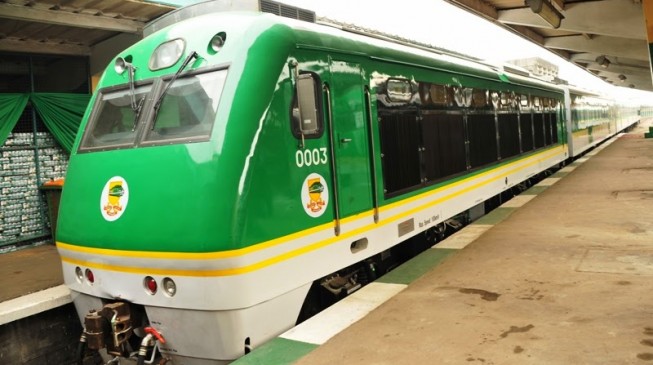 The Nigerian Railways Corporation (NRC) has denied reports that a train conveying passengers from Kaduna to Abuja was attacked by gunmen on Thursday.
There were reports that a train, which left the Rigasa train station in Kaduna, around 10am was attacked a few kilometres to Katari, about 70 kilometres to Abuja.
But in an interview with NAN, Fidet Okhiria, managing director of NRC, described the report as false.
Culled from TheCable, He also assured Nigerians of the corporation’s commitment to the safety of passengers and train along the Abuja-Kaduna Train Service (AKTS).
“This news is not correct. What happened according to the police escorts on the train is that a stone was thrown at the train by some boys, which affected only the window glass of coach SP4,” he said.
“Nigerians should not panic as the news of the suspected attack is false and NRC is doing everything possible to ensure the safety of passengers.
Yakubu Sabo, spokesman for the Kaduna state police command, had earlier dismissed the reports of the attack.
“Where did it happen because there is no report of any incident of that sort. We contacted the railway police and they said it was a fake news. Railway is a command on itself so we expect they would come up with a statement but they have depunked the report based on my inquiry. So, there was nothing like that,” he had told TheCable.
Many commuters have abandoned the Abuja-Kaduna expressway for the trains over fear of attacks by kidnappers and armed robbers on the road.