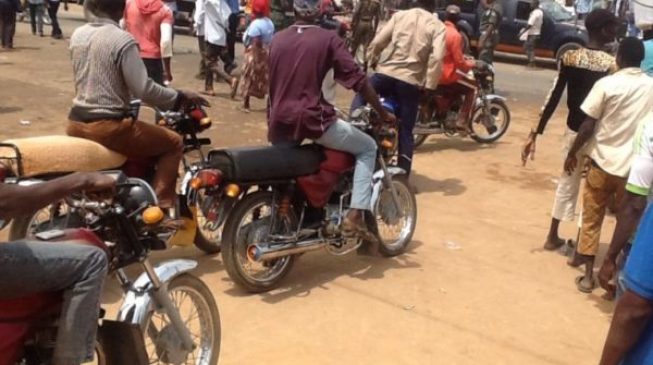 The Lagos state government says okada business is not an enduring trade.
The government on Monday banned okada and tricycle taxis, including ORide and Gokada, motorbike hailing services in 15 local councils. The ban is to take effect from February 1.
The motorbike hailing services accused the state government of not consulting them before announcing its decision to ban motorcycle taxis. Many of the riders took to the streets to protest against the action.
But in a series of tweets on Friday, the Lagos government said the hailing services were part of the problem.
“The truth is that okada, no matter what fanciful name it’s called, is not part of our greater Lagos journey on which we have embarked,” it said.

Ban on Okada and Tricycles in Lagos.
Likely Questions/Answers@jidesanwoolu@drobafemihamzat@dr_oladeinde@gbenga_omo#TheFactsBehindTheDecision#LASG#ForAGreaterLagos 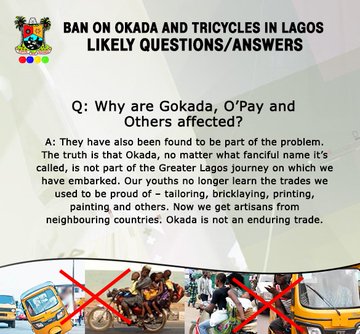 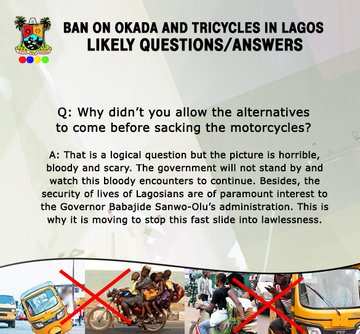 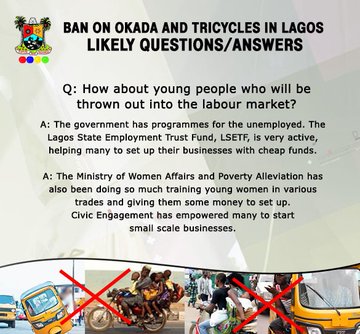 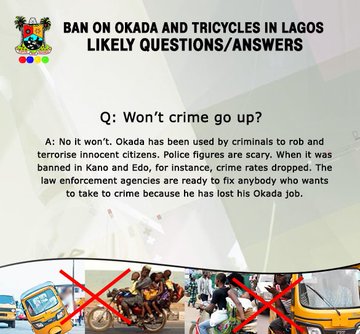 1,048 people are talking about this


“Our youths no longer learn the trades we used to be proud of- tailoring, bricklaying, printing, painting and others. Now we get artisans from neighbouring countries. Okada is not an enduring trade.”
On why palliative measures were not put in place before the ban, the state government said the situation was already bad, and that it could not stand by and watch.
It said the security of lives of Lagosians is paramount to the Sanwo-Olu administration.
“This is why it is moving to stop this fast slide into lawlessness,” it said.
Regarding young people who may be out of job as a result of the ban, the state government said it has programmes for the unemployed.
“The Lagos State Employment Trust Fund, LSETF, is very active, helping many to set up their businesses with cheap funds,” it said.
“The ministry of women affairs and poverty alleviation has also been doing so much training young women in various trades and giving them some money to set up.”
Culled from TheCable, the government added that the ban would not increase the crime rate because okada was used by criminals to rob and terrorise citizens.
“The law enforcement agencies are ready to fix anybody who wants to take to crime because he has lost his okada job,” it said.