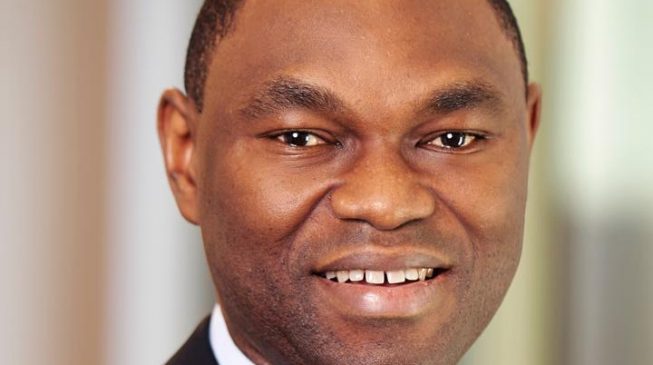 The senate has confirmed the appointment of Kingsley Obiora as the deputy governor of the Central Bank of Nigeria (CBN).
Obiora’s appointment was confirmed after Uba Sani, chairman of the senate committee on banking, presented a report for consideration.
Sani, while presenting his report on the floor of the upper legislative chamber on Thursday, said Obiora’s nomination was in accordance with section 8 of the CBN Act.
The senator also said his committee did not receive any petition against the nominee.
“The committee did not receive any petition against the nominee. He has the experience and has a good track record,” he said.
“The committee screened the nominee and it is satisfied. I hereby recommend that he be confirmed as deputy of CBN.
Culled from TheCable, Obiora’s appointment was confirmed by a voice vote after the lawmakers had voted on his nomination in the committee of the whole.
Also, the senate confirmed the appointment of Zikrullah Olakunle Hassan as the chairman of the National Hajj Commission of Nigeria (NAHCON).
Hassan’s appointment was confirmed after Adamu Bulkachuwa, chairman of the senate committee on foreign affairs, presented a report.
Nominees whose appointment was also confirmed for the hajj commission are Abdullahi Magaji Hardawa (operation, inspection and licensing) from Bauchi, north-east; Nura Hassan Yakasai (policy, personnel management and finance), Kano, north-west; and Sheikh Momoh Suleman Imonikhe (planning, research, statistics information and library), Edo, south-south).
Others are Halimat Jibril (Niger), Abbas Jato (Borno), Garba Umar (Sokoto), Ibrahim Ogbonnah Amah (Ebonyi), Sadiq Oniyesaneyene Musa (Delta) and Akintunde Basirat Olayinka (Ogun).