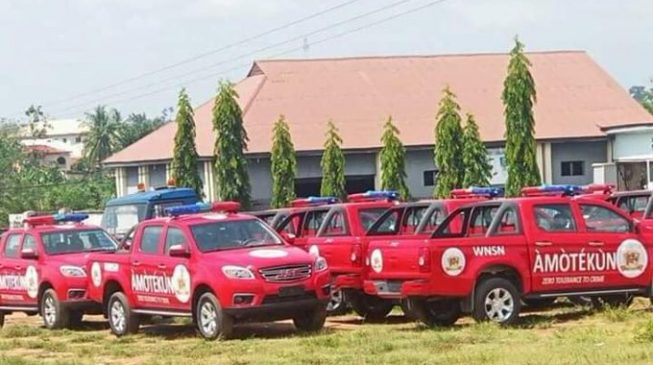 Governors in the south-west region will inaugurate a joint security outfit to combat kidnapping, banditry and other forms of insecurity on January 9.
Cases of insecurity have been recorded in Ogun, Oyo, Ondo, Ekiti, Osun and Lagos, the states in the region.
In July, Funke Olakunrin, daughter of Reuben Fasoranti, a leader of Afenifere, Yoruba socio-cultural organisation, was shot dead in Ore, Ondo state, sparking nationwide outrage.
In December, residents of of Orin-Ekiti in Ido/Osi local government area of Ekiti state on protested against alleged invasion of parts of the community by suspected bandits who hoisted flags in some places.
Culled from TheCable, the decision to establish a joint security outfit named “Amotekun” was part of the resolutions reached at the various security meetings held in the region. 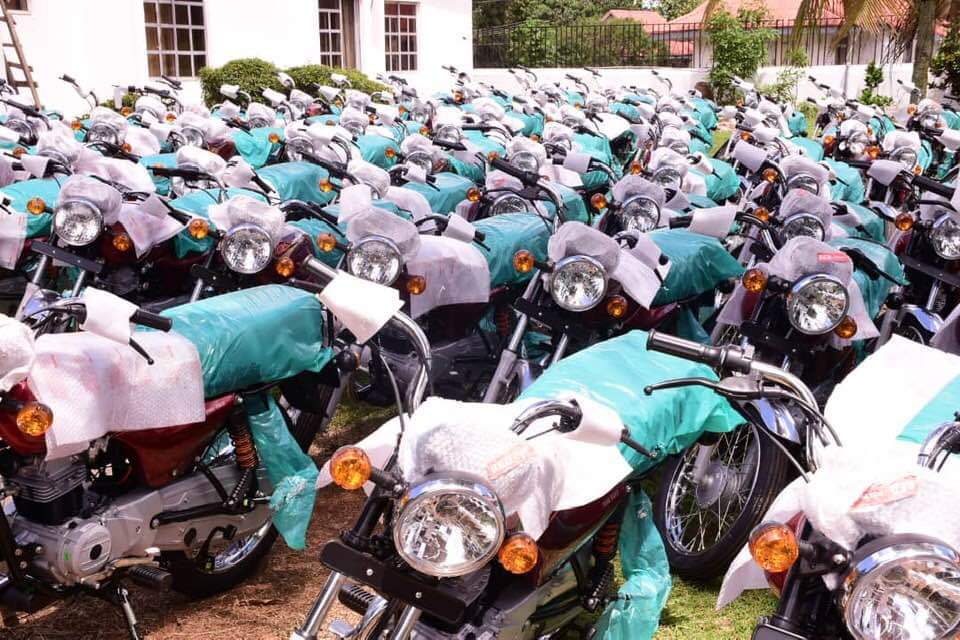 Motorcycles donated to the outfit
In his New Year message, Kayode Fayemi, governor of Ekiti, said the security outfit will be created to complement efforts of existing security agencies.
“On January 9, 2020, the Western Nigeria Security Network known as Amotekun shall commence operations in all the six states in our zone,” he said.
“Ekiti is very active in this initiative which will go a long way in securing the people and protecting the state.
“The fact remains, however, that criminality cannot be totally eradicated even as we are working meticulously at reducing it to the barest minimum in Ekiti State, and the evidence is there for all to see and acknowledge that we are making steady progress. 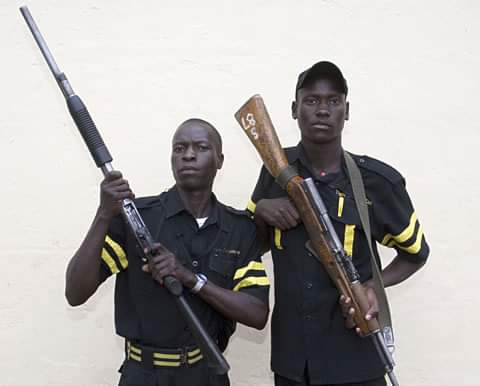 Members of the group warming up?
“Since we are not an Island, we are working with neigbouring states to strengthen our security architecture.”
The governor had earlier procured over 120 motorcycles and 20 Hilux vans as part of the security project.
He said all criminal hideouts in the region will be combed to reduce insecurity and enhance the safety of lives and properties.
No region in the country has such a group tackling insecurity.