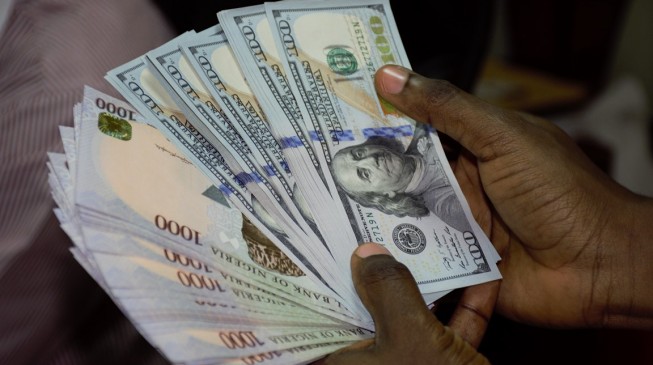 This is the year 2020 we spoke of many years ago — the year Nigeria set to be one of the top 20 economies in the world. President Muhammadu Buhari and his party, the All Progressives Congress (APC),have promised a better year for Nigerians.
Before we get into the thick of 2020, Nigeria's credible online independent newspaper takes a look at the state of the Nigerian economy and shares with you a snapshot of the economic state of the nation at the beginning of the new decade.
NAIRA TRADES AT 362 PER DOLLAR
Who would believe that the dollar sold at over 500 to the naira only three years ago — on the first trading day of January 2017, the naira traded at 490 to the greenback. The local currency has since recorded massive improvements to trade at 360 to 365 to the dollar at various sections of the foreign exchange market in the country.
At the parallel market in Lagos, the local currency closed 2019 and opened 2020 at 362 to a single dollar.
The British pound and Euro went for 473 and 400 respectively. Not much change has been recorded at the markets from 2019 to 2020. According to the Central Bank of Nigeria, the naira is currently trading at 307 to the dollar — for  2020 budget purposes.
FOREIGN EXCHANGE RESERVES DOWN BY $4.5BN
On Thursday, the first trading day of 2020, Nigeria’s foreign exchange reserves stood at $38,535,675,521, according to the CBN.
The forex reserves stood at 38,595,257,596 on the 31st of December 2019 — shedding approximately $59.6 million into the new year. The forex reserves opened at $43,075,740,908 at the beginning of 2019, reflecting “a fall” of approximately $4.5 billion in the course of the year.
Thanks to relatively stable crude oil prices, the foreign exchange market was not as turbulent in 2019 as it had been during and post-2016 recession.
BONNY LIGHT (OIL) PRICE
No one would admit, but it’s a happy new Iranian-US year to most oil producers across the globe at the start of 2020. Crude oil prices jumped following a strike by the US military, killing a top Iranian general.
Brent crude futures, the international benchmark for crude oil, stood at $69.01 per barrel, an increase of 4.17 percent — after the strike. Oil experts believe that reprisals from Iran could send oil prices higher.
This has its own direct effect on Nigeria’s earnings as an oil-dependent economy: more money.
According to CBN, Bonny crude, which is priced in line with Brent crude was trading at about $37.19 in 2016, during the oil crash. But the world and Nigeria have come a long way since then.
CBN records on the first trading day of 2020 shows Nigeria’s bonny light crude oil prices stood high at $71.31 — some good news for the country’s economic state.
NSE OPENS GREEN — AT N12.9TRN
The Nigerian Stock Exchange, rated by Bloomberg as the worst performing bourse of 2016,  had a relatively good 2019, signing a big player like MTN Nigeria, which automatically added over N1 trillion to the exchange.
All share index (ASI) rose by 0.10% to close at 26,867.79 points, while the market capitalisation, which shows the value of the stock exchange, stood at N12.97 trillion — nearly N1.5 trillion more than its opening value in 2019.
BENCHMARK RATES
The nation’s benchmark rates have changed slightly over the course of 2019. Monetary Policy Rate (MPR) stood at 13.5 percent at the start of 2020, while inflation rate stood at 11.85 percent.
President Muhammadu Buhari has high hopes for the country in 2020, but to become the top 20 economy in the world, Nigeria will need to add over $300 to GDP. How feasible? 2020 will tell.