That supreme court verdict on Imo 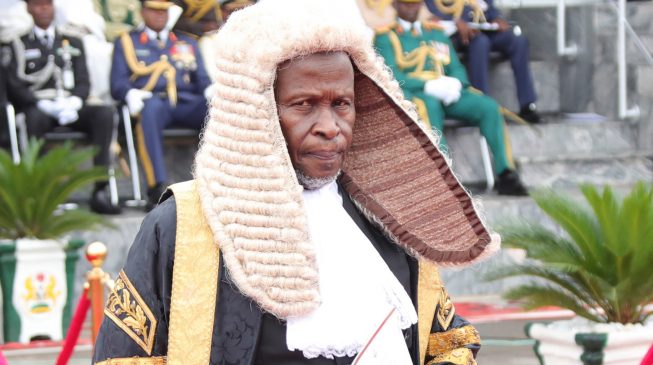 OPERATION AMOTEKUN
The political question as to whether south-west states can set up a vigilante group, nicknamed Operation Amotekun, appears to have been resolved and now we can move on to the real matters of security. After a meeting between Vice-President Yemi Osinbajo and the six south-west states, it was agreed that things should be done properly and in order: make the necessary enabling laws and subject the security arrangement to the existing federal policing policy. The resolution would not be pleasing to the drama queens who quickly seized the opportunity to inflame ethnic and religious passion and beat drums of war. A leopard never changes its spots. Opportunists.
BOKO HARM
Boko Haram insurgents on Monday killed Rev Lawan Andimi, chairman of the Christian Association of Nigeria (CAN) in Michika local government area, Adamawa state. That was very, very heartbreaking. On Christmas eve, the terrorists had killed 11 Christian captives in Borno state “to avenge the deaths” of Abu Bakr al-Baghdadi, the late Islamic State leader, and Abul-Hasan Al-Muhajir, their spokesman, who were killed by the US. The terrorists surely know how to score cheap points to put themselves on the front burner all the time. And they often strike deadly blows anytime the Nigerian government claims they have been defeated or degraded. Astounding.
LASSA FEAR
The world may be currently more worried about the outbreak of the coronavirus, but we also have our own deadly virus killing people across Nigeria. The Lassa fever virus has resurfaced. According to the Nigeria Centre for Disease Control (NCDC), 398 suspected cases have been reported across the country this year alone. The death toll is now 24. The acute viral haemorrhagic fever, which is more prevalent during the dry season, is as deadly as Ebola. The virus is usually passed by rats through the excreta or urine. Human-to-human infection is only to be expected thereafter. It is hardly surprising that most of the victims are poor people living in unsanitary conditions. Rattling.
‘KK IS OK’
Mr Kayode Komolafe, THISDAY deputy managing director and one of the few surviving socialists in town, clocked 60 yesterday. If you don’t know his story, you won’t appreciate this. In February 1984, he survived a car accident in which five persons, including the drunk driver, died on the stop. He was unconscious for two weeks. A little over 10 years ago, he survived the fangs of death again on a flight to the UK. Pardon the ageless pun — but hitting the age of 60 is no child’s play. An intellectual, deep thinker and great servant of journalism, KK is my adorable critic and encourager. The Good Lord that has kept him alive to see his 60th birthday certainly has more in store for him. Hurray!

This article by Simon Kolawole was first published on TheCable.