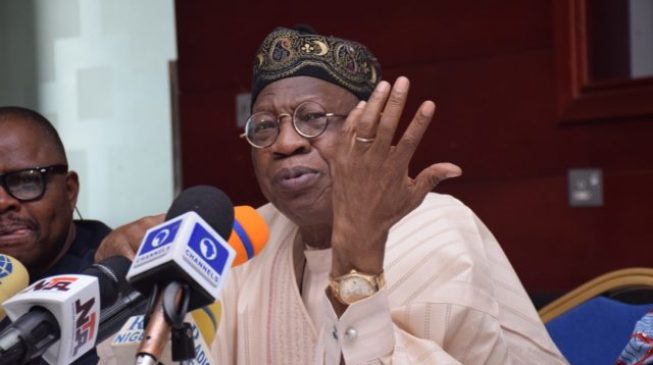 The federal government says the speculated plan by the US to add Nigeria to its existing list of visa travel ban countries is ill conceived.
Lai Mohammed, minister of information, said this on Monday in London during an interview session with Reuters.
The minister is in London to officially engage with international media and other think tank.
Culled from TheCable, Mohammed said although the report is speculative, but if it turns out to be true the government will respond comprehensively.
“On the issue of the travel ban our position is that it is still speculative because we are yet to be communicated. When we are communicated we will respond comprehensively,” he said.
“However, in our view it was not well thought out but based largely on negative narratives spread by naysayers.
“I know that we are working very well with our neighbours to ensure that terrorism is addressed. We are working with international community including the EU and the US.
“Our advice to the US is that it should have a rethink on the issue because any travel ban is bound to affect investment and growth in the country and those who will be affected are the most vulnerable people in Nigeria.”
Last week, there were reports that the Donald Trump administration planned to add Belarus, Eritrea, Kyrgyzstan, Myanmar, Nigeria, Sudan and Tanzania to the list of countries on US visa travel ban.
Speaking on the border closure, the minister told Reuters that Nigeria took the hard decision because the neighbours, notably Benin Republic and Niger Republic, failed to respect the ECOWAS treaty on transit of goods.
“Not only that they are sabotaging the economy of the country but also the security of the nation was being threatened,” he said.
“Under the guise of smuggling rice, a lot of small arms and light weapons are being smuggled into the country.”
Mohammed said the border drill had been positive and successful in terms of revenue, securing the nation and boosting the capacity of the farmers.