Buhari to youths: Your future is in danger if you don’t cooperate with govt 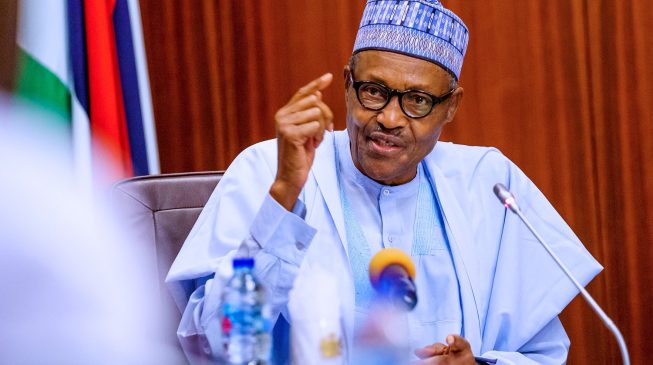 President Muhammadu Buhari says the youth are endangering their future if they do not cooperate with the government.
Culled from TheCable, the president said this on Wednesday during a condolence visit to Borno state where about 30 people were killed by suspected Boko Haram insurgents on Sunday.
Buhari said the youth are a larger part of the country’s population and must help the government stabilise the country.
“We have young aggressive youths, the Nigerian youths. Our population, 60 percent, is below 30 years old,” he said.
“And we have to remind them that they must help us stabilise this country so that they can have a better future. If they don’t cooperate with the government, they are endangering their future.
“I am already 77, how many years do I expect under normal circumstances?”
Buhari also said he wondered how Boko Haram survived to date.
“As commander in chief, I campaigned both in 2015 and last year on three fundamental issues which include security; you cannot preside over an institution or a country if it is not secure. This is just common sense, everybody knows this even those that have not gone to school know this,” he said.
“This Boko Haram or whatever they are, cannot come up to Maiduguri or environs without the local leadership knowing because traditionally the local leadership is in charge of security in their own respective areas. So with my understanding of our culture, I wonder how Boko Haram survives up till now.
“We are working for you in this country. As commander in chief, I am dealing with the security institutions and I believe there is an improvement in security.
“I urge the people of the state to cooperate with with the law enforcement agencies and let us deny Boko Haram access to our loyal citizens and encourage displace people to go back to the land.”