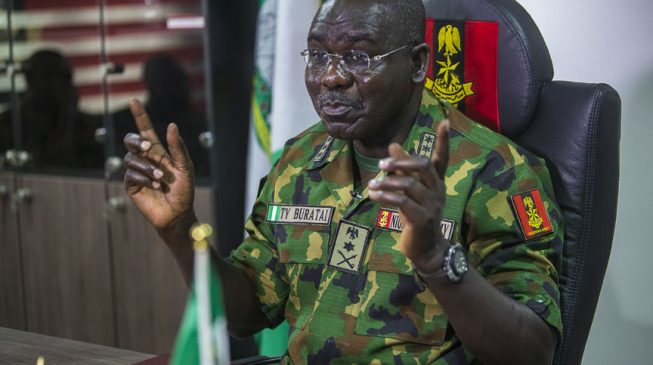 Tukur Yusuf Buratai, lieutenant general and chief of army staff, insists Boko Haram militants have been dislodged from holding any territory in Nigeria but have now resorted to hit-and-run attacks to create the impression that they are on a resurgence.
The army chief said, in an interview with TheCable, THISDAY and ARISE news channel during the week, that the war against the terrorists is “complicated” because the military is hampered by the non-kinetic aspects such as lack of access roads to some local governments.
He repeated his claim that Boko Haram militants now live among local communities, making it easy for them to launch attacks in furthering their “propaganda” that they are still a strong force.
“When it escalates, you have situations like arson, as we witnessed in Auno recently. I would say that what is happening now is criminality because, since last year, we have not given Boko Haram any respite,” he said.
“They are trapped and no longer have access to food; their movements are constrained due to lack of logistics because we have strangulated them. So now, they are distressed, and this is why you see that any opportunity they come out with a vengeance and attack commuters and unfortunately targeting certain religious persons just for their propaganda, and this also is one of the terrorist strategies.”
In the first part of the interview published by TheCable, Buratai said President Muhammadu Buhari should not be pushed into sacking his service chiefs “because he knows where the problems are”.
He also said contrary to the notion that Boko Haram started in 2009, the “brainwashing and indoctrination” started over 30 years ago, thereby making it difficult to totally wipe out terrorism.
Below is the concluding part of the interview. All photos by Kunle Ogunfuyi/THISDAY. 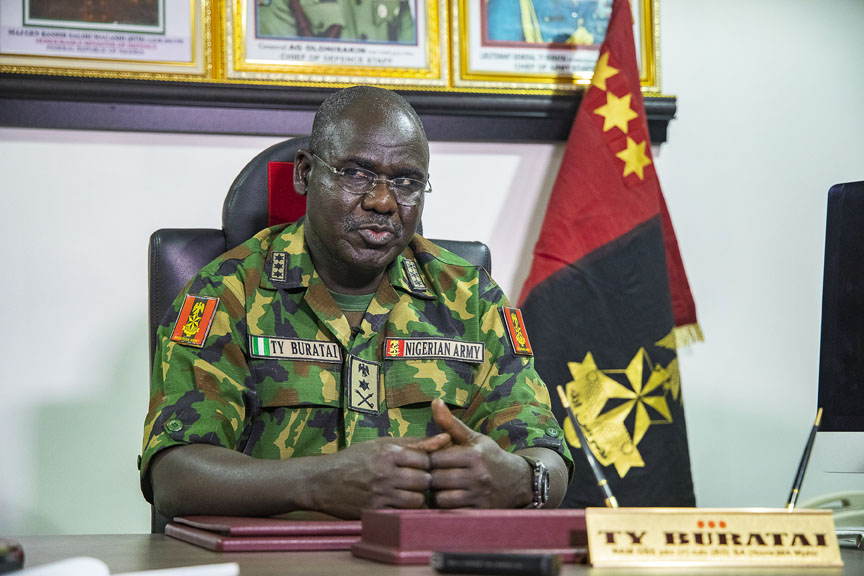 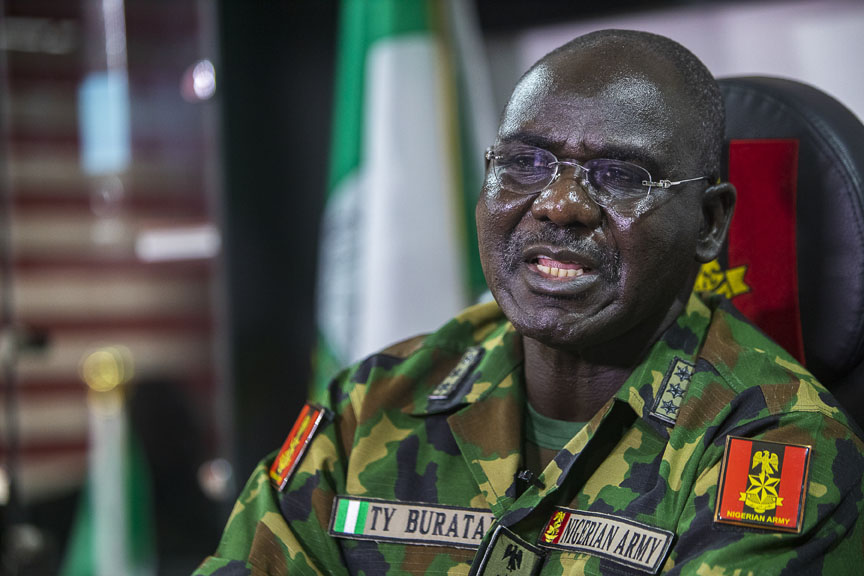