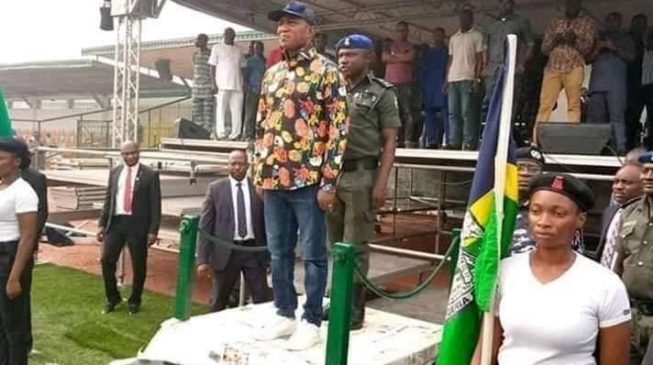 Just 24 hours before his inauguration as governor of Bayelsa state, the supreme court nullified the election of David Lyon, candidate of the All Progressives Congress (APC) who was declared winner of the governorship election in the state in November 2019.
Lyon was expected to take over the leadership of the state from Seriake Dickson, the incumbent, whose tenure expires on Friday, and he was already rehearsing for the inauguration before the verdict came.
The apex court asked INEC to issue certificates of return to candidates of the party with the next highest number of lawful votes and with the required constitutional geographical spread in the election.
Culled from TheCable, the panel of justices was led by Mary Odili, and its decision affirmed the judgment of a federal high court disqualifying Biobarakuma Degi-Eremienyo, Lyon’s running mate, for submitting forged credentials to INEC.
The supreme court held that the action of Degi-Eremienyo affects Lyon because both men ran on a joint ticket.
The Peoples Democratic Party (PDP) and Douye Diri, its governorship candidate, had filed a suit against Lyon, Degi-Eremienyo and INEC, seeking the disqualification of the APC deputy governorship candidate.
The court of appeal had, however, upturned the decision of the trial court and affirmed the candidature of Lyon and Degi-Eremienyo, but Diri proceeded to the apex court, which sacked the APC candidates. 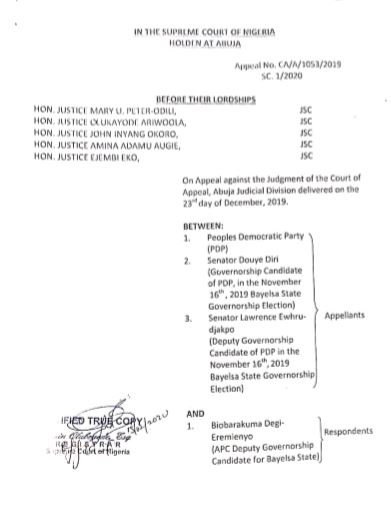 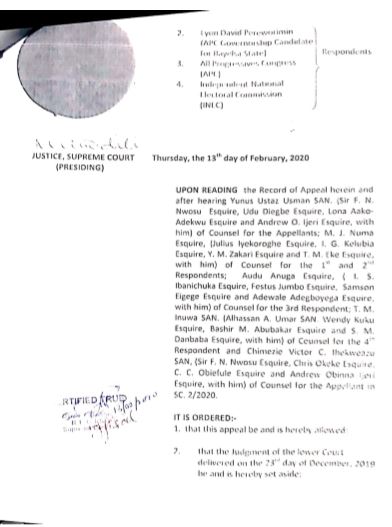 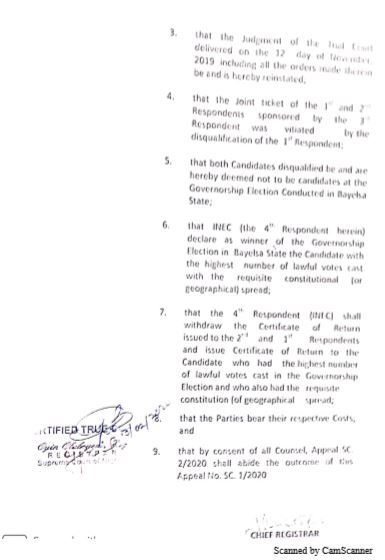